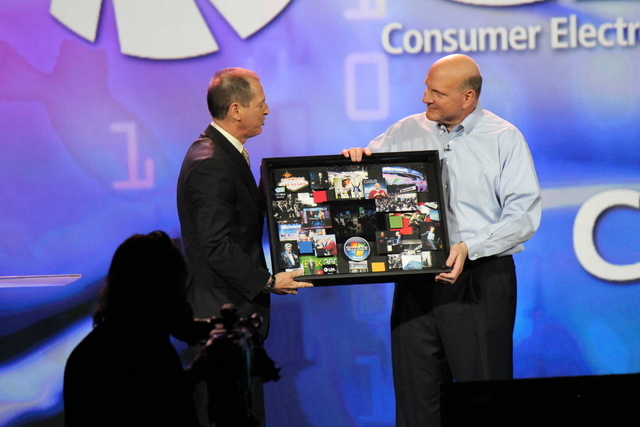 The Consumer Electronics Show ( CES ) has always been kind of a big deal for Microsoft. They have always held the main keynote slot, but this year they famously ended their relationship with the show's organizers. Next year, Qualcomm will take that prime spot, going all out for the show.

However, VentureBeat reports that Microsoft will still have a presence there, even though it will be greatly diminished compared to past years. Gary Shapiro, president of the CEA, said "Microsoft will have something there". As to what exactly that something is he gave no hints. Nor did Microsoft.

What will likely happen is Microsoft will simply have a showroom for their present devices including all the brand new phones running Windows Phone 8, their Surface tablet, and Windows 8 itself. They might actually show off the Pro version of their Surface tablet as well, which is supposed to come out in about 3 months, making it a good fit for the CES timetable.

Whatever happens, we'll have to wait and see. If something new comes up be sure we'll keep you up to date, but don't expect much from Microsoft at CES in January.