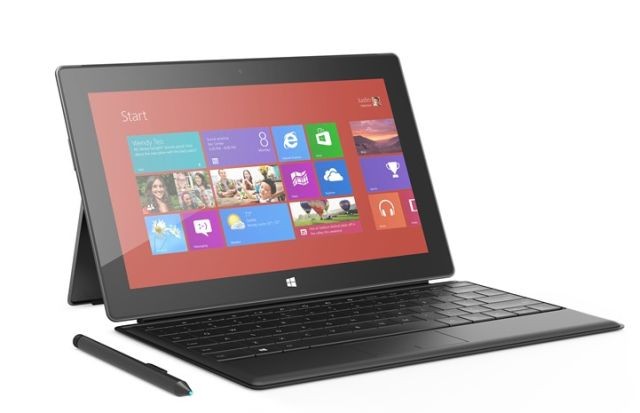 Microsoft's Surface Pro tablet went on sale in the US and Canada earlier today and as we reported, the 128 GB version is already sold out on the company's Microsoft Store website in the US. Today, the leader of the Surface team, Panos Panay, wrote that the company is working to solve this issue.

In a new post on the official Surface blog, Panay wrote:

Customer response to the launch of Surface Pro has been amazing. We’re working with our retail partners who are currently out of stock of the 128GB Surface Pro to replenish supplies as quickly as possible. Our priority is to ensure that every customer gets their new Surface Pro as soon as possible.

While Microsoft cancelled a Surface Pro launch event in New York City on Friday night due to the blizzard, the company held an event in Las Vegas at the Fashion Show Mall earlier today to celebrate the launch of the Surface. "Vegas Bill" used his Twitter account to cover the event, which saw Panay give away a few free Surface Pro tablets to some lucky attendees. It also featured some moves by the dancers who will appear in the Surface Pro TV ad that will debut on Sunday during the Grammy Awards.

Meanwhile, there are mixed reports on sales and number of available units of the Surface Pro tablets in retail stores in the US. Some Microsoft Store locations reported lines in front of their door this morning in places like Seattle. However, that's not the case in other stores. Twitter user "thelonetechman" posted that he went to the Microsoft Store in Corte Madera, California and they had the 128 GB version in stock with "no line".

There are other online reports that Best Buy and Staples stories only received one 128 GB version of the Surface Pro today. As usual, it's best to always call ahead to your favorite retailer to find out of they have what you want in stock.