Ending 2017 on good note, Microsoft came back with another round of their browser battery efficiency experiment for the Fall Creators Update on Windows 10. The test was conducted between Microsoft Edge, Google Chrome, Mozilla Firefox and Opera, the latter of which was not included in the video.

Following the same procedure as the previous test in April, a continuously looping HTML5 video was streamed on identical devices running the exact same configuration settings. Edge came out on top being able to stream video 19% longer than Chrome and 63% longer than Firefox. 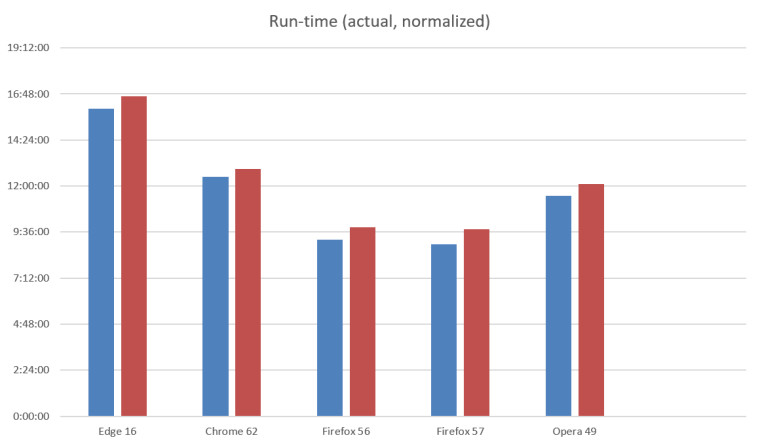 Microsoft also went ahead claiming a faster and safer browsing experience than Chrome in a follow-up video. Backed by Apple's Jetstream 1.1 benchmark and an NSS phishing site report, Edge managed to come out 48% faster and 18% more secure than Chrome.

These are really impressive results, but whether it will entice users to use Microsoft Edge is another question.

Since its release, Edge has found it difficult to gain much traction in the desktop browser space as Chrome still pulls the majority of market share at around 60% and growing. Microsoft knowing this is probably why they have been really pushing for adoption of their browser in as many ways as possible.

Do you use Microsoft Edge? Also, do you think this will help drive more users into using it? Let us know in the comments below!