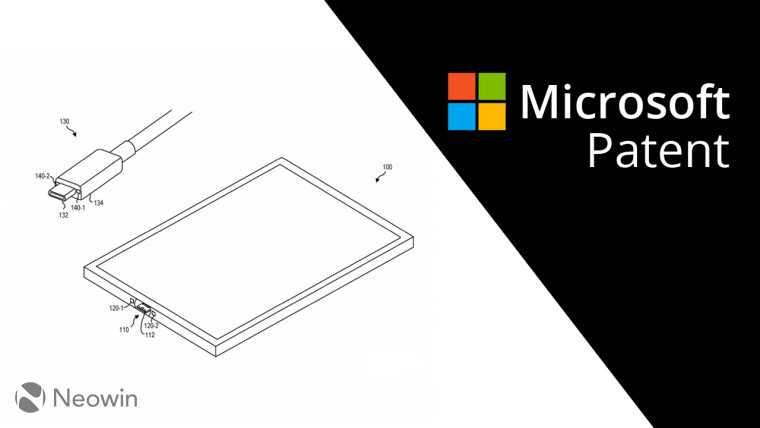 Microsoft’s Surface line of devices hasn’t been the quickest to adopt USB-C in comparison to other OEMs that manufacture premium PCs. While devices like the Surface Book 2, Surface Go and the Surface Studio 2 debuted with the universal port, they serve different purposes on each device and still lack the Thunderbolt 3 standard. The new Surface Pro 6 and Surface Laptop 2 omitted the port completely. For those not in the know, the Thunderbolt 3 standard based on USB-C enables super-fast data transfers of up to 40Gbps, can be used for charging the device and is capable of powering up to two 4K monitors with just a single port.

Microsoft hasn’t been shy in admitting that the exclusion of the port stems from the ambiguity that the port may bring, akin to the micro-USB port on the Surface 3 tablet that caused confusion when users tried charging the device with their phone chargers. For those that still needed the connector, the firm released a Type-C dongle. However, patents filed by the company do still point to the fact that work is underway to bring the said port to their lineup of devices in the future. Another patent filed by the firm back in May 2018 that was made public recently suggests the possibility of the invention of a magnetic Type-C port.

The patent filed by Microsoft describes a magnetic receptacle and “an electronic connector having an engagement feature on one or more sides of the electronic converter”. The engagement, or better termed as the connection on this port can be used to activate or deactivate a latching mechanism, suggesting that the magnetic connector may also have a forced detachment feature such as on the Surface Book hinge, or can be used with the current Surface Connect cables.

Further descriptions in the patent filing suggest that the magnetic connector may not necessarily be tied just to USB type-C, and may be used for other connectors. If this would mean compatibility with older Surface Connect chargers, or if it may include new forms of I/O device is anyone’s guess. The port may also allow for enabling or disabling what the company calls a “friction experience”, probably referring to conventional non-magnetic plugs. The patent also touches upon the position of the magnets depending on the type and thickness of the device, wherein the magnets can be placed either on the sides, top and bottom, or even behind the connector.

Companies file patents based on their research efforts all the time. It is no guarantee, however, that these patents are indicative of feature in upcoming devices, so it’s best to take all this information with a sizeable amount of salt. Microsoft is expected to launch a host of new Surface devices in 2019 and it will be very interesting to see if the company adopts USB-C widely, either in its current form, or through an implementation of its own.