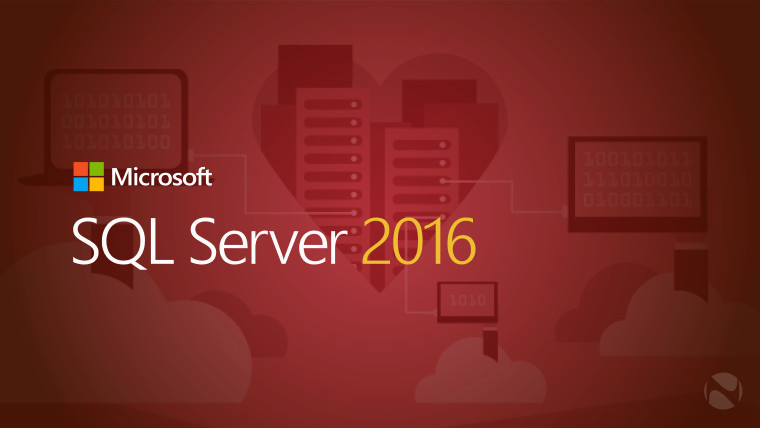 Microsoft has announced that SQL Server 2016, the latest version of its database management system, is now generally available.

The company says that SQL Server 2016 is "the first born-in-the-cloud database", as well as being "the world's fastest and most price-performant database for HTAP (Hybrid Transactional and Analytical Processing)". Microsoft also claims that its new suite "seamlessly manages both relational and beyond relational (JSON, XML, Hadoop) data, seamlessly integrates structured data with Hadoop data, and seamlessly integrates on-premises data with cloud data".

SQL Server 2016 simplifies analytics in the way databases simplified enterprise data management, by moving analytics close to where the data is managed instead of the other way around. It introduces a new paradigm where all joins, aggregations and machine learning are performed securely within the database itself without moving the data out, thereby enabling analytics on real-time transactions with great speed and parallelism. As a result, analytical applications can now be far simpler and need only query the database for analytic results.

In a blog post detailing the benefits of SQL Server 2016, Sirosh said that it delivers "dramatic improvements" in performance compared with earlier releases, with no increase in price. There are four versions of the latest product: Enterprise, Standard, Express and Developer. The Developer edition is available as a free download, offering the full feature set of the Enterprise edition for development and testing purposes only.

Here's an overview of the features available in the three main 'production' versions:

...and below is a summary of what's new in each of the four versions available:

Along with an "unmatched security record", Microsoft claims that SQL Server 2016 provides an "unmatched value proposition" alongside the alternatives offered by rivals.

"Today," Sirosh said, "customers can deliver intelligent applications that are faster performing, more secure than Oracle, and at less than one-tenth of the total cost of using Oracle to run the same transactional, data warehouse, data integration, business intelligence and advanced analytics workloads". 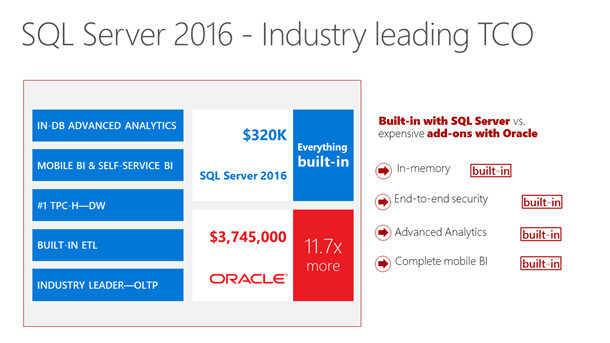 In March, Microsoft announced an offer for its Software Assurance customers to move their Oracle databases to SQL Server, including free licenses, and training for administrators. That offer remains available, and will continue until June 30.