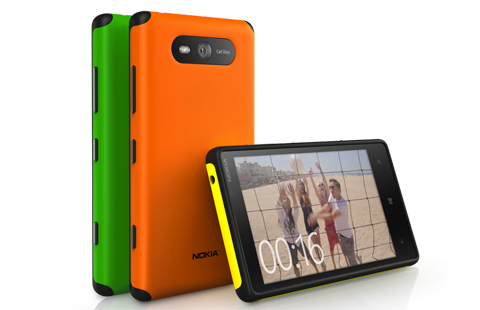 While the Lumia 920 has perhaps gotten the lion's share of attention from the media, Nokia does have another Windows Phone 8 device coming this fall in the Lumia 820. This week, the company held a blogger Q&A with two Nokia reps that gave some more information about the entry level Lumia 820.

WMPoweruser.com reports that, according to Nokia, the camera hardware inside the Lumia 820 is the same that can be found in the current Lumia 900. However, Nokia also claims that the camera software has been improved for use on the Lumia 820.

While much has been made of the interchangeable shells of the device, Nokia does not yet offer one that is both rugged and has support for the wireless charging features. The Q&A says that Nokia will look into offering a Lumia 820 case that has both in the future.

The Lumia 820 also has a small battery but Nokia claims that the smartphone will still have a solid battery life, thanks in part to "improved power management capabilities" in the the device. The Q&A also revealed that Lumia 820 will support 64 GB MicroSD cards.

While Nokia is still not commenting on price points or release dates, the Lumia 820 is still likely to be launched sometime later this fall.