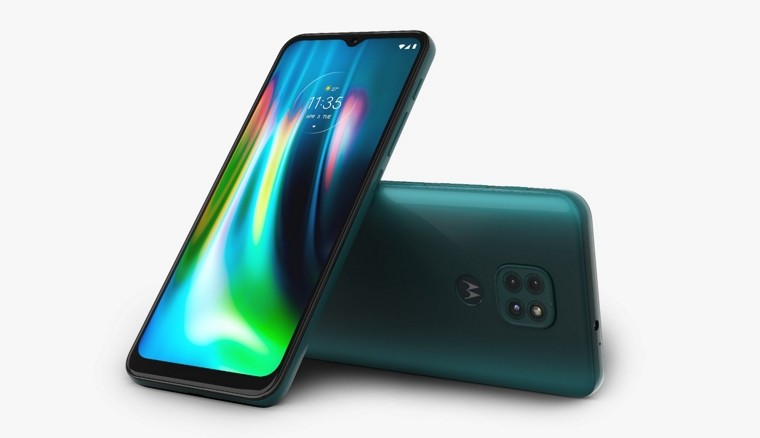 Motorola has added a new smartphone to its G-series in India. Called Moto G9, it is the successor to the Moto G8 launched globally earlier this year. The new Moto G9 is launching first in India today, but there’s no word yet on a global launch.

The Moto G9 is priced at ₹11,499 in India. There’s only one variant to choose from, but two color options – Forrest Green and Sapphire Blue. The smartphone will be available via Flipkart with the first sale set to take place at 12:00PM IST on August 31.

As far as the specs are concerned, the Moto G9 flaunts a 6.5-inch Max Vision TFT display. It runs at HD+ resolution and features a 20:9 aspect ratio and 87 percent screen-to-body ratio. Under the hood is an octa-core Qualcomm Snapdragon 662 SoC paired with 4GB of RAM. There’s also 64GB of internal storage on offer that can be expanded up to 512GB using a microSD card.

For photography, the device equips a triple camera setup at the back. This setup includes a 48MP f/1.8 lens with Quad Pixel technology. There’s also a 2MP f/2.4 depth sensor and a 2MP f/2.4 macro lens. For selfies and video calling, there’s an 8MP f/2.2 camera up front.

Other features include a rear-mounted fingerprint sensor, and a 5,000mAh battery with 20W fast charging support. Motorola claims that the battery is good enough to offer up to two days of usage on a single charge. As seen on earlier Moto G smartphones, the Moto G9 too boasts of a water-repellent design.