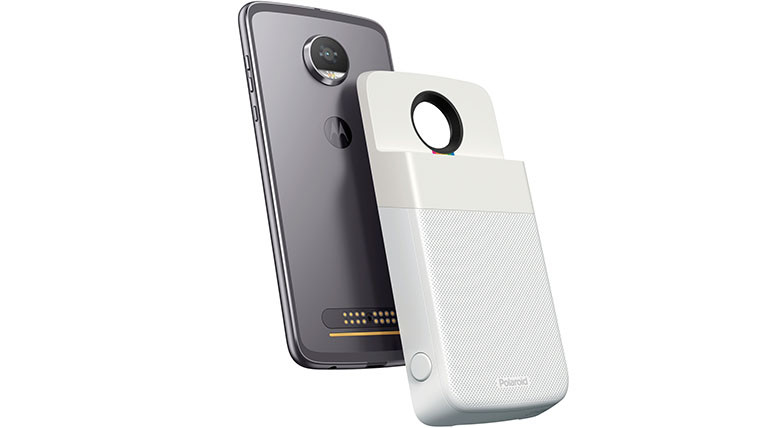 Today, Motorola announced a new Moto Mod for its Moto Z lineup of devices, the Polaroid Insta-Share Printer. The name is pretty self-explanatory, as the new Mod allows users to print out their photos.

Similar to HP's Sprocket printer - which is a standalone device - the Mod doesn't actually use any ink to print out the 2"x3" images, so there's no smudging. It's also similar in that you can peel off the back of Polaroid's Premium ZINK Zero-Ink Paper and stick them anywhere.

One of the flagship features of the Moto Z lineup of handsets is their modular accessories. Using pins on the back of the phone to connect, all a user has to do is snap a Mod on it, so they can use things like a 360-degree camera, Amazon Alexa speaker, wireless charger, gaming controller, and much more. Now, the ability to instantly print photos is added to the lineup.

The Polaroid Insta-Share Printer will be available from Verizon and Motorola.com beginning on November 17 for $199.99. It will also be available for pre-sale from Best Buy, B&H, Fry's, and Newegg on December 6, with availability on the 13th.