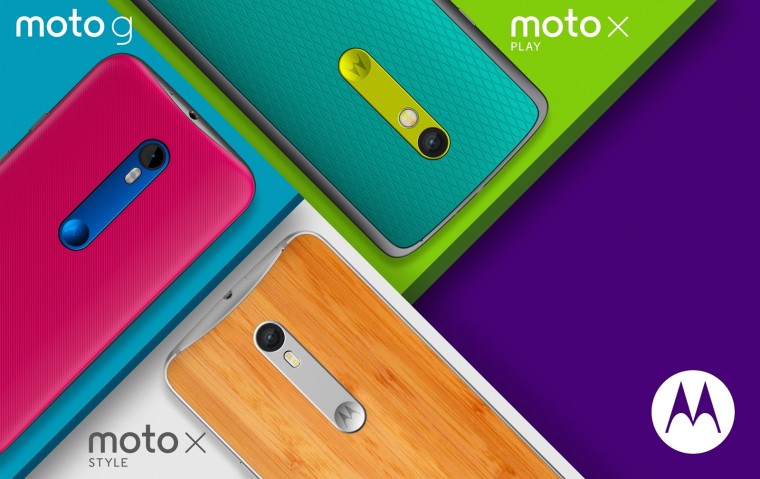 The newest Moto G and Moto X smartphones have been launched by Motorola at an event in Sao Paulo.

After months of speculation, Motorola has launched the Moto G, Moto X Style and Moto X Play. With the new devices, the company has put the focus on imaging, battery life and durability. The company has also priced them very aggressively to compete with current generation flagships.

Moto X Style is the company's top of the line device for the year. It features a 5.7-inch Quad HD screen, a six core Snapdragon 808 processor, 3 GB of RAM, a 21 megapixel rear camera, a 5 megapixel front facing camera and a 3000 mAh battery. The device will come in 16, 32 and 64 GB storage options in addition to the micro SD card slot.

Motorola will be selling the device in the US without any carrier contracts directly from the online Motorola Store. It will feature global LTE which would work with AT&T, Verizon, T-Mobile and hundreds of carriers worldwide. The price is expected to be $200-$300 less than the flagship smartphones from Apple and Samsung. Moto X Style will be launching in the US first with European countries to follow. Other markets will have to wait for further announcements.

The Moto X Play is a slightly toned down device sitting between the Moto G and Moto X Style when it comes to specs. It features a 5.5-inch full HD display, a Snapdragon 615 chip running at 1.7 GHz, 2 GB of RAM, internal storage options of 32 and 64 GB and a 3650 mAh battery which the company says would last for two days.

On the imaging front, the X Play comes with the same camera modules found in the X Style. Although, the exact pricing hasn't been revealed the company has said that it would cost $400 less than current flagships. Motorola won't be launching the Moto X Play in the US but will focus on price-sensitive markets worldwide.

The popular mid-range smartphone, Moto G, has also been updated. The base specs of the device include a 5-inch screen with 720p resolution, a 1.4 GHz Snapdragon 410 processor, a 13-megapixel rear camera and a 5-megapixel front camera, a 2470 mAH battery and IPX7 rated water and dust proofing. Moto G will come in two variants, one with 1 GB of RAM and 8 GB internal storage, while the other will feature 2 GB of RAM and 16 GB of internal storage.

Additionally, Motorola has started rolling out Moto Maker with support for Moto G. The customization tool is already available in Brazil and will come to more markets soon.