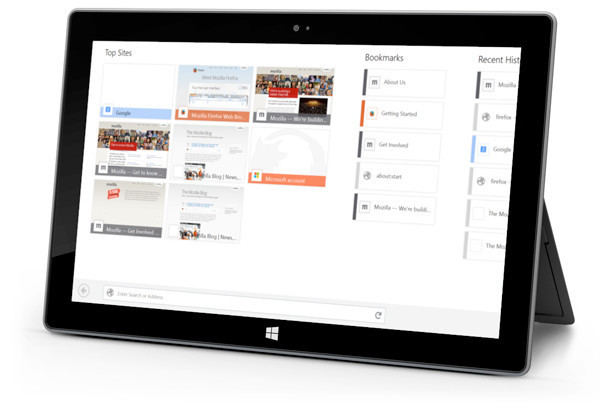 After two years of development, Mozilla has just announced that it has decided to stop development of the version of its Firefox web browser made for the Modern UI of Windows 8.

In a blog post, Johnathan Nightingale, the vice-president of Mozilla's Firefox team, said the decision to put the Windows 8 version on hold was made earlier this week. He stated, "The team is solid and did good work, but shipping a 1.0 version, given the broader context we see for the Metro platform, would be a mistake."

The reason for the decision was apparently the lack of active testers for the Modern UI version in earlier alpha and beta tests. Nightingale said that "... we’ve never seen more than 1000 active daily users in the Metro environment."

This leaves us with a hard choice. We could ship it, but it means doing so without much real-world testing. That’s going to mean lots of bugs discovered in the field, requiring a lot of follow up engineering, design, and QA effort. To ship it without doing that follow up work is not an option. If we release a product, we maintain it through end of life. When I talk about the need to pick our battles, this feels like a bad one to pick: significant investment and low impact.

While the code that was developed for the Windows 8 Firefox browser will continue to be made available, Nightingale said that the web browser team will now "focus our efforts in places where we can reach more people. There’s a lot more of that work still to do."

The decision comes just a few days before the release of Firefox 28 on March 18, which would have included the first non-beta release of the Modern-Metro Windows 8 version. Mozilla first announced their plans for a Windows 8 port of its web browser in February 2012. The company released the first early birds on its nightly test channel in February 2013 and the Aurora test channel in September. The final beta version was released in early February of 2014.