Whenever you surf on the internet, you're being followed and tracked, which doesn't only raise questions about your privacy, but it can also slow down your surfing. While there are many solutions for that on our desktops, our mobile phones, until recently, haven't been that lucky. Fortunately for us, Mozilla has just announced a solution for that in the form of Focus by Firefox. 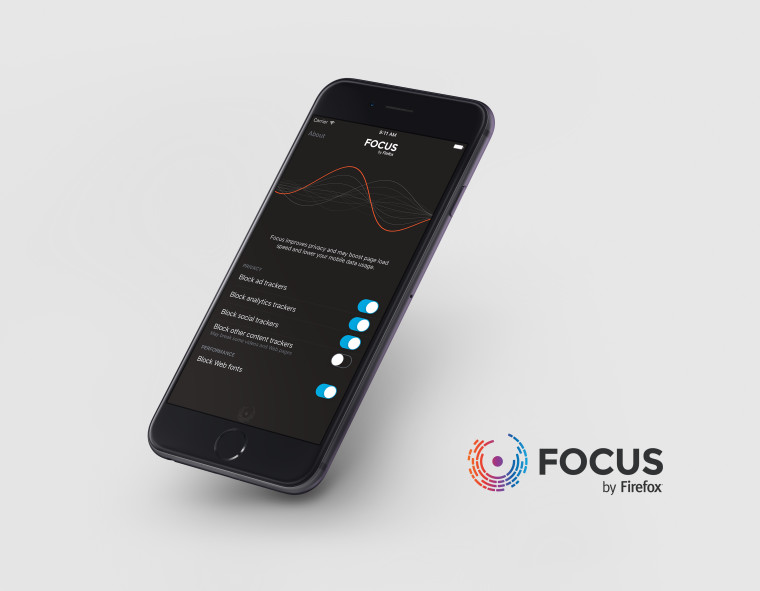 Focus by Firefox works in the same way as private surfing on the desktop version does, and even utilizes the same blocklists, which are open-source lists provided by Disconnect. You can configure what kinds of trackers you want to block, such as those used for ads, analytics or social media. There is also an option to block web fonts, which Mozilla claims will lower your mobile data usage and improve performance.

While being named Focus by Firefox, the app only supports Safari on iOS and it currently doesn't support Firefox for iOS. Mozilla mentions that this was not their own choice, but rather because of a limitation in iOS, as Apple does not provide content blocking for third party browsers. However, they are looking into providing this feature in Firefox for iOS and will deliver it as soon as they can.

You can download Focus by Firefox for free from the App Store.