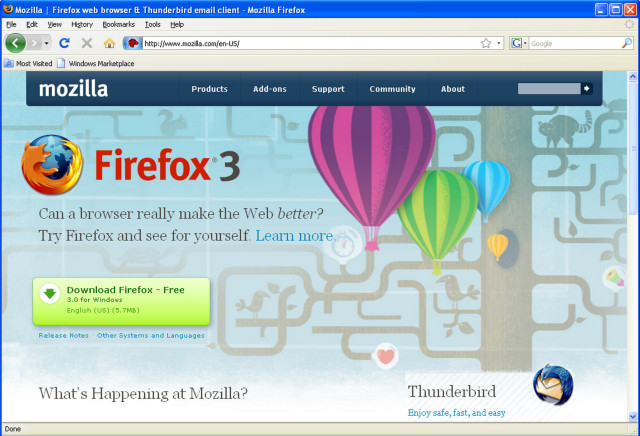 A few weeks back, Google said that it would continue to support Chrome on Windows XP after Microsoft ended support for the aging operating system. The move is a bit controversial as supporting a browser on an unsupported OS could lure users into a false sense of security as the browser may be up to date with the latest security patches but the underlying OS could be wide open.

But the browser space is not limited to only two platforms, and Mozilla has told Neowin that it intends to continue to support the OS after Microsoft ends its support for XP.

Neowin asked Mozilla, the creator of Firefox, if it has any plans to end support for XP and Johnathan Nightingale, VP of Firefox at Mozilla stated, "We have no plans to discontinue support for our XP users."

This means that for users of Windows XP, who have not upgraded their decade-old OS, they will have two supported browser options once Microsoft ends support for XP (and subsequently Internet Explorer on XP): Chrome and Firefox.

It’s quite obvious as to why Google and Mozilla will support their browser on XP after Microsoft ends support; millions of users will still be using the outdated OS. Where there are users, there are developers eyeing for their attention and in the insanely competitive browser market space, both companies are fighting for any user they can attract. So when Microsoft leaves those with outdated machines in the past, Google and Mozilla want to give them an option to browser securely, even if their OS is vulnerable.

While we doubt Microsoft will change its mind and extend XP's supported lifecycle, it will be interesting to see if IE does drop in market share after April 2014.