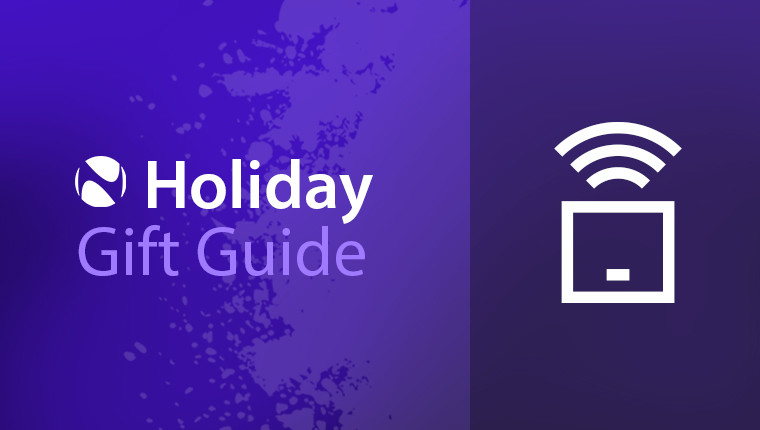 This year, we'll be breaking it down into different categories, and this list will focus on entertainment devices.

A box for streaming content online is the perfect accessory for any TV, even a smart TV. It allows users to not only stream content from popular services like Netflix and Hulu, but there are a ton of other apps that are available.

Amazon's new Fire TV only costs $69.99, and it supports 4K Ultra HD. It includes the company's Alexa voice assistant, so it works great with an Echo and other Alexa-enabled devices.

The cool thing about a Fire TV is that Fire OS is a fork of Android. Not only can users stream Netflix, Hulu, and the built-in Amazon Instant Video, but there's much more that you can do with it. The Amazon Appstore has plenty of apps and games, and if that's not enough, you can sideload pretty much any Android app that you want to.

If $69.99 is a bit more than you're willing to spend, you can also check out the Fire TV Stick with Alexa Voice Remote, which only costs $39.99.

You can't sideload apps as easily as you can with a Fire TV, but the Apple TV is the one you'd buy for that Apple user in your life. It's especially useful for those that own a lot of content that was purchased from iTunes, since that's the one thing that's not available anywhere else.

There are a few different models. The fourth-generation Apple TV should be fine for most, but if you want 4K, you'll need to step it up to the newer one.

If you're not seeing the trend here, get the streaming solution that applies best to where the gift-receiver buys most of their content from. If it's Amazon, get a Fire TV; if it's Apple, get an Apple TV; and if it's Google, get a Chromecast.

Chromecast works differently from other solutions as it requires users to 'cast' from their iPhone or Android device, and then control it from there. The Chromecast Ultra is one of the more inexpensive options that supports 4K at $69, or you can get the regular Chromecast for $35.

OK, so the Xbox One family of consoles doesn't quite fit in with the rest of the pack here, as it is a lot more expensive, but you can still use it to stream Netflix, Hulu, Amazon, Microsoft Movies & TV, and much more. It's also a full gaming console, meaning that it will be fun for the entire family.

The new Xbox One X supports gaming in 4K and HDR, and that will run you $499. We reviewed it, and you should check it out. But if that's too much, you can also grab an Xbox One S for just a few hundred dollars, and it still supports 4K and HDR streaming.

Maybe you're looking for a gift for someone that doesn't really watch TV, and instead loves to read books.

When it comes to reading books, the Kindle Oasis is the absolute best way to do it. It's also the most expensive Kindle, but the design makes it very comfortable to use.

You can buy the standard Kindle for $79.99, but I really don't recommend it. It's not a great experience, and if you want to go the inexpensive route, grab a Fire tablet. For $49.99, it's a 7-inch tablet that you can run most Android apps on.

Apple's iPad isn't strictly an e-reader, as it's a full tablet. The company does have its own ebooks service that has some cool features, called iBooks. The non-Pro version of the iPad costs $329.99, which isn't bad at all considering what you're getting.

OK, we've covered the TV junkie and the book-lover, but what about the music fan? There's plenty for them too.

Again, I want to stress the idea of knowing the ecosystem that the person your gifting to lives in. If they listen to books on Audible and use Amazon Music Unlimited, than an Echo is definitely the way to go here. The new model includes improved sound from Dolby, and of course, it's powered by Alexa.

The new generation costs $99.99, which is more inexpensive than the first-generation model. It's a great gift, because a smart speaker can tend to be one of those things that people love to have, but aren't willing to spend their own money on.

Harman Kardon's Invoke smart speaker uses Microsoft's Cortana virtual assistant, and the audio quality is great. It's fantastic for music lovers, although the only premium on-demand service that it works with is Spotify. As with all smart speakers though, you can pair it with your phone via Bluetooth to play whatever you want.

And being that it's powered by Cortana, it seamlessly works between the Invoke, your PC, your phone, and your Xbox One. You can tell the Invoke to set a reminder for when you get to work, and you'll get a notification on your phone when you've arrived. Check out our review here.

Bluetooth headphones are a great gift for anyone, especially when so many phones are coming without a standard 3.5mm headphone jack these days. Presumably, you don't want to spend hundreds of dollars though (if you do, look for something from Bose, or for an Apple user, Beats).

Best Buy has Skullcandy Ink'd Wireless headphones on sale for $38.99 right now, but if you're a T-Mobile customer, you can pay $2.09 a month for 24 months for them, and the Un-carrier offers it in an exclusive magenta color as well.

Entertainment gifts like set top boxes, speakers, headphones, and other types of things are great because they're good for just about anyone. After all, everyone watches TV, reads books, or listens to music, right?

You've still got plenty of time to decide what to buy for your loved ones, and we'll be publishing more guides like these.