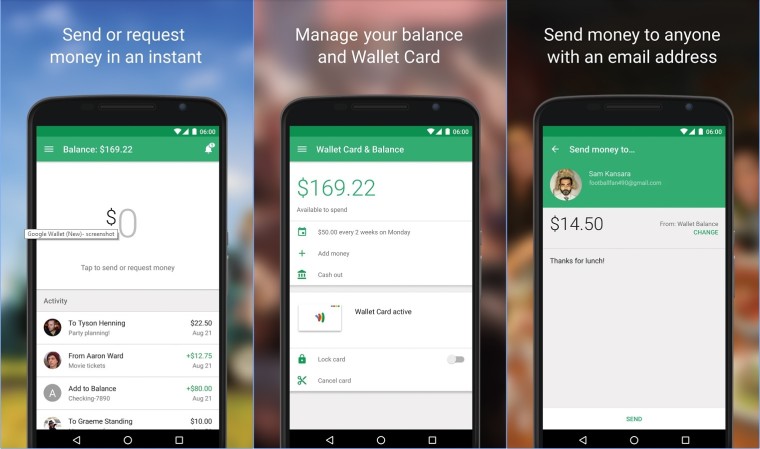 Google has updated its Wallet app by making it a new download instead of a normal update. The expectation is the old listing on the app store will be replaced by Android Pay.

The refreshed app now features a sharper new logo and has replaced blue with green as its predominate color.

In another sign Android Pay may be near, the Google Wallet website has updated its FAQ. The page now explains the differences between Wallet and Android Pay - which had been previously suspected to launch in late August.

Google Wallet is now used to manage the Wallet card, deposit and withdraw cash, and send money via email. Meanwhile Android Pay will be used to pay for items in stores and within apps. There are no signs Google Wallet it will be expanded to work outside the U.S.

For the moment, the Wallet app on iOS is yet to be updated with Google only promising that the update is, "coming soon".