Earlier this week, we reported on a leaked render which was assumed to be the next flagship from HMD dubbed the Nokia 8. We might have just received our first real-world glimpse of the rumored device thanks to VTech, after they released several images and device specifications. 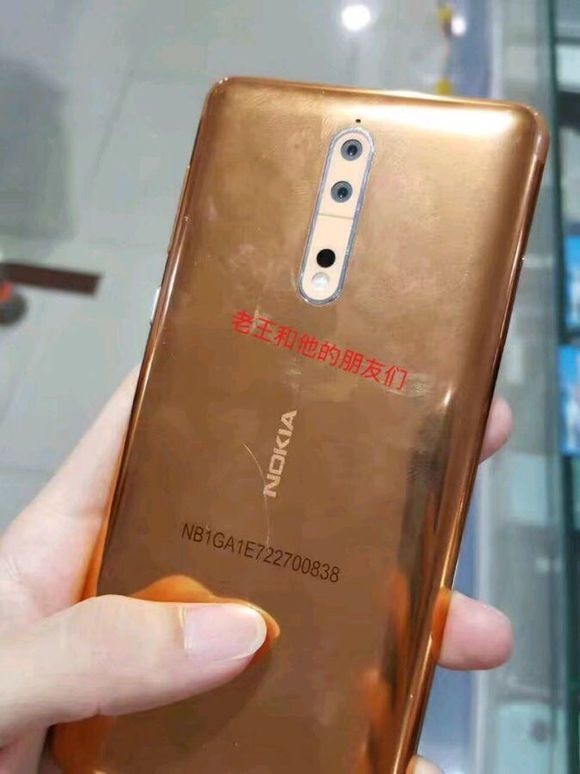 The phone pictured above comes with a rounded metallic unibody design; and according to VTech, it might ship with several color options beyond the gold/copper as shown, with earlier leaked renders picturing the device in blue. On top of that, it confirms that the device will have a dual-camera layout, which was also shown on earlier leaks; something that has become a standard amongst flagship devices of late.

According to the leak, some of the possible device specifications could be:

The new flagship is expected to feature ZEISS optics, after HMD signed an exclusive partnership with the manufacturer earlier this month; the leaked render of the device from a few days ago showed ZEISS branding adjacent to the camera. VTech also suggested that the device might have a price of around $500; which if true makes it a very compelling option in a world where flagship phones are pushing towards $1000.

HMD Global released the Nokia 6 smartphone in December and launched it in the U.S. recently through a partnership with Amazon. The device sells for around $180 with Amazon Deals, and for $230 unlocked.