By most accounts, Nokia is doing a fine job of creating a portfolio of strong products, from the ultra-affordable $20 Nokia 105, to the well-featured ‘semi-smart’ Asha range for developing markets, all the way up to its expansive range of Lumia smartphones. Its Windows Phone handsets continue to impress, with the most recent addition – the Lumia 925 – scoring highly in independent reviews across the world.

But Nokia continues to struggle in the face of aggressive competition across its entire range, from the high-end iPhones to the endless torrents of cheap Android handsets flooding the market at the lower end. The pressure that the company is facing in its device business is a major worry for investors and lenders.

Today, leading ratings agency Standard & Poor’s (S&P) downgraded Nokia amid concerns over the company’s financial health, and in particular, its cash reserves. Earlier this week, the Finnish company announced plans to buy out its partner in the Nokia-Siemens Networks (NSN) joint venture for $2.2bn, a move that was broadly supported by the markets. But S&P believes that that move, coupled with the continued difficulties in Nokia’s device business, could put considerable strain on the company’s cash pile. Reuters quotes S&P as saying: “We now anticipate that Nokia’s net cash could be as low as €1.3bn EUR ($1.67bn USD / £1.12bn GBP) at the end of 2013.”

S&P has consequently downgraded Nokia’s rating from BB- to B+; the agency defines this rating as “more vulnerable to adverse business, financial and economic conditions but currently has the capacity to meet financial commitments”. The situation, then, is not dire, but it is precarious.

Nokia’s credit rating has been on a downward trajectory since it embraced Windows Phone in early 2011. By the end of March, just a few weeks after CEO Stephen Elop announced plans to abandon the "burning platform" of Symbian in favour of Windows Phone, Nokia’s share price had taken a beating, and S&P downgraded Nokia for the first time in thirteen years.

At that time, S&P said: “We expect that Nokia’s smartphone portfolio will make further significant market share losses during 2011 and 2012, until it has completed its adoption of Microsoft’s Windows Phone software as its new primary software platform for smartphones.” The lack of significant progress in translating strong product into high-volume and/or high-margin sales has continued to take its toll on Nokia’s share price, which is now under $4, down from a peak of $11.73, on the day before Elop's Windows Phone announcement was made. 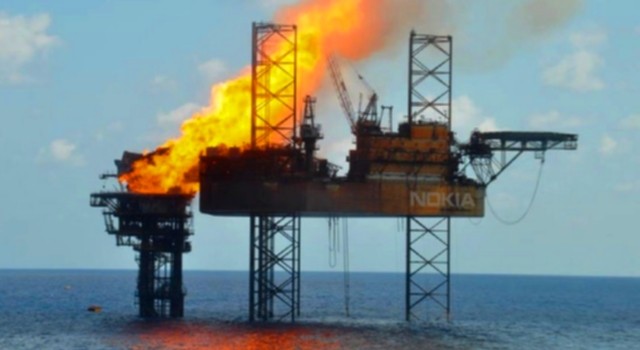 With a strong positive gross and net cash position, Nokia was able to take advantage of an opportunity to fully own Nokia Siemens Networks and, we believe, create meaningful value for Nokia shareholders. We will continue to prudently manage our cash resources post-transaction.”


The company also notes that it has access to undrawn credit facilities totalling $2.25bn over the next couple of years which can be tapped if the need arises. Gradual improvements in Lumia handset sales also mean that the company will rely less on “platform support payments” for Windows Phone over the next few years, which have so far seen Microsoft pay Nokia $250m every quarter to help the manufacturer to refocus its entire smartphone strategy around Microsoft’s mobile OS.

But despite these glimmers of positivity, the downgrade places Nokia in an increasingly dangerous situation. While it still has a sizeable cash pile, and accessible (albeit limited) credit, the cost of additional borrowing will likely be higher as a result of its poorer credit rating, increasing the cost of doing business. For a company that’s being criticised (and punished) for the possibility of burning through its cash too quickly – coupled with the ongoing uncertainty over how its devices will fair against greater competition going forward – that’s an unwelcome prospect.

One has to wonder just how much worse things can get for Nokia before it hits the fan – or, perhaps, before the company gives up on its device business entirely. A recent report indicated that Microsoft held advanced talks last month with Nokia to negotiate terms for acquiring its handset division, but that these discussions apparently collapsed over a failure to agree on price. Nokia's renewed interest in network infrastructure through the NSN acquisition could be the first step towards offloading the device business completely. Time will tell.

One crumb of comfort to console Nokia: however bad things are, at least they’re not as bad as they are at BlackBerry.