As we know, Samsung announced their new flagship Windows Phone 8 smartphone, the ATIV S, at IFA 2012 earlier this week alongside their Windows RT ATIV Tab tablet. Nokia called out Samsung shortly afterwards, calling the ATIV S just a "warm-up act" for the new Windows Phone 8 Lumia devices that Nokia plans on showing off next week at their event. 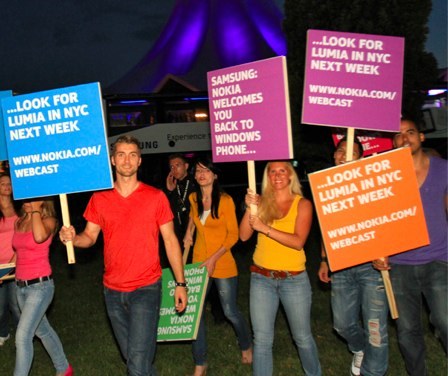 Now more images are coming through thanks to The Nokia Blog that shows more of the fun Nokia had crashing Samsung's launch party. Initially it seemed there was just a lone sign holder promoting Nokia's Lumia launch, but it turns out there were actually a whole bunch, causing a nice amount of havoc for the security at Samsung's event. 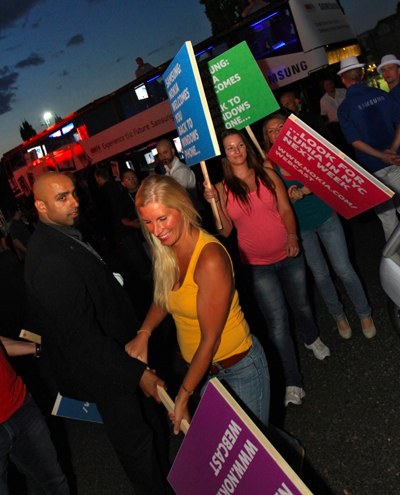 In case you missed it in the last 24 hours, a few leaks (one and two) surrounding Nokia's upcoming Arrow/Lumia 820 and Phi/Lumia 920 have surfaced. You should check them out before Nokia's event on September 5th, where they will be unveiled in full.

Via: WPCentral
Source: The Nokia Blog