Originating from GSMArena, the site has confirmed through their sources that the Lumia 510 will be packing a 4-inch display, 800 MHz Qualcomm MSM7277A chipset, 256 MB of RAM, just 4 GB of storage and a five-megapixel rear camera. Supposedly the dimensions of the phone are 120.7 x 64.9 x 11.51 mm with a total weight of 129g, and the phone will run Windows Phone 7.8 after an upgrade from WP7.5. 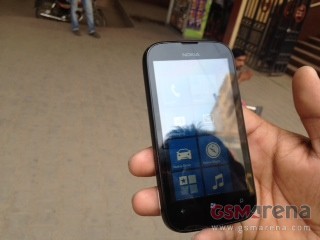 The video (below) doesn't show a great deal of the device, but it's definitely small and looks like a more polished version of the Lumia 610. What's interesting is that the device will allegedly cost just $150 initially (off-contract), making it an extremely cheap option for those in need of a smartphone - and the specs aren't too bad for the low price you're paying.

Via: WPCentral
Source: GSMArena | Images via The Verge