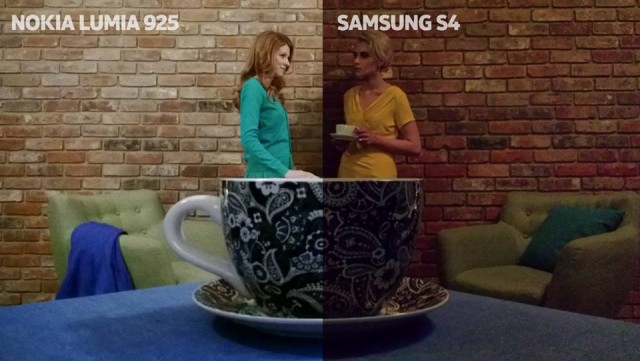 Nokia revealed the new Lumia 925 smartphone earlier this week and today the company decided to go after its main competition when it comes to comparing smartphone camera images in low light conditions. The smackdown began on the company's Facebook page today with a split screen image showing how a picture taken from the Lumia 925 looks side by side with Samsung's Galaxy S4.

The Facebook post links to a new Nokia blog story that shows how the same "tea for two" scene looks when the Lumia 925's images are compared to ones made with the iPhone 5, the HTC One, the Sony Xperia Z, and the Samsung Galaxy S4. The HTC One seems to be the closest to the Lumia 925 in terms of offering better lighting but even its image is still darker than the one taken with the PureView camera of the Lumia. All of the other smartphone images are much darker. 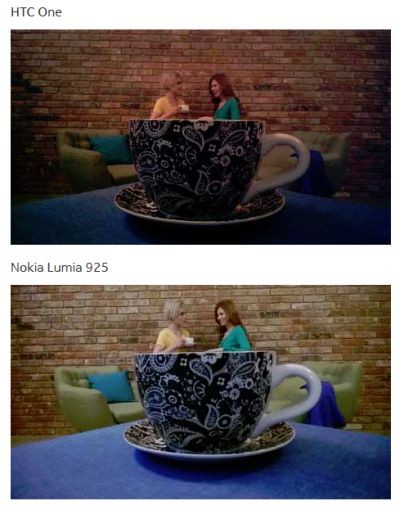 Nokia's blog post states that all of the images were taken using the automatic camera settings in the smartphones. It added, "We’ve avoided the temptation to make comments, but we think that the differences are pretty striking." The 4.5-inch Lumia 925 will have an 8.7 megepixel camera and the new Smart Cam app for additional image effects. It's due out in June in Europe and the US.