One of the major reasons that users continue to overlook Windows Phone when choosing a new handset is the absence of key apps that are important to them. While it's true that there are now well over 150,000 apps available on the platform, there are still many gaps to be filled.

Perhaps the most obvious example - and almost always the one that's brought up in any discussion of what's missing from Windows Phone - is Instagram. There have been efforts to plug the gap through third-party products such as Instagraph, but of course there's nothing quite like the real thing. Nokia clearly understands that, given the efforts that they've made to raise the profile of Instagram among Windows Phone users. 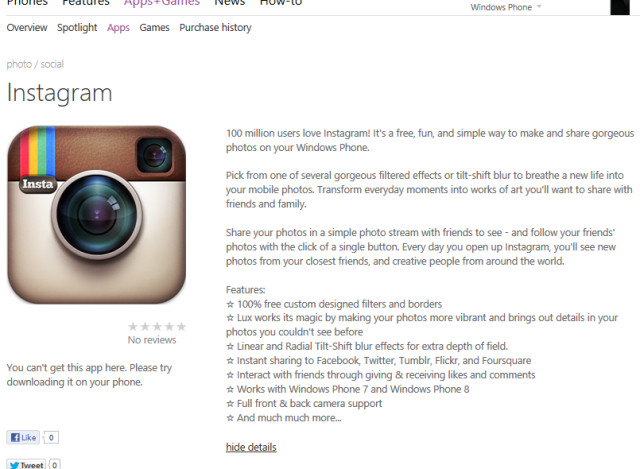 An image surfaced last month (above) claiming to show the official Instagram app on the Windows Phone Store, but questions were raised at the time about whether the image was genuine. But as WPCentral discovered, Nokia has now spilled the beans, revealing that Instagram is indeed on the way.

The revelation was made on the Nokia Sweden Facebook page, in response to a customer enquiry about the app. He was told that "Instagram is on the way but can't give an exact date right now". That response has since been pulled from Facebook, but the screen-grab below captured the exchange.

Whether the removal of the exchange indicates that someone misspoke, or confirms that it was true and was removed to protect commercially sensitive information, is open to debate of course. But like the folks from WPCentral, we too have heard from well-placed sources that an Instagram app has already been developed for Windows Phone. 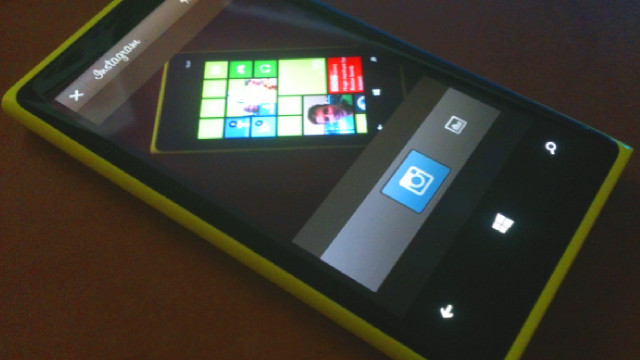 Not the real deal, of course - but the real thing is "on the way".

One source has told us that it will initially be a Nokia exclusive, available only for owners of Lumia handsets before being made available to other Windows Phone users after an unspecified period of time.

The evidence is certainly mounting - it now appears to be a matter of when, not if, Instagram will come to Windows Phone.