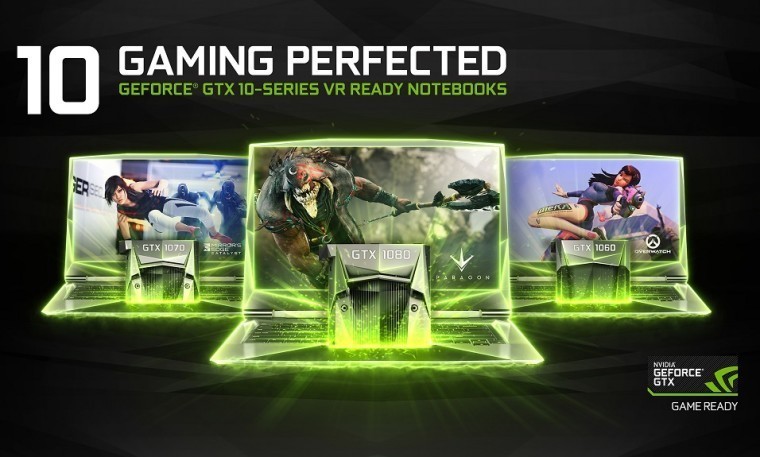 Nvidia redefined what a PC graphics card can be with its recently launched GTX 1080 cards. The performance of that Pascal-based architecture was scaled down and made more affordable in the 1070 and 1060 GTX models, but now that same performance is going mobile with the launch of the M cards.

Nvidia has unveiled the GTX 1080M, 1070M and 1060M and just like their desktop counterparts, these cards offer some seriously impressive graphics even on the go. What’s more, Nvidia is promising that all of its mobile cards support VR, even in slim and light notebooks.

Traditionally, mobile graphics cards, while being built on the same architecture and offering some of the same technologies, have never really been as powerful as their desktop siblings. However, with this generation, Nvidia is getting really damn close to performance parity, especially on the high-end cards.

For example, there’s almost no difference between the regular GTX 1080 and the GTX 1080M, with the latter coming in with same number of CUDA cores, 8GB of GDDRX5 memory and the same 320GB/s bandwidth. The only difference is a slightly lower clock speed at 1,556Mhz as compared to the 1,607 that's standard on the PC card. With such similar specs and equal boost clock speed, the GTX 1080M gets you almost the exact same performance at the PC version, a supremely impressive feat given that the 1080M fits inside a laptop.

Looking at the other models, the GTX 1070M holds its own, albeit it’s a bit underpowered compared to its desktop counterpart. But that doesn’t stop it from offering great performance in 1080p games and in VR applications.

Finally, the GTX 1060M is the most affordable mobile graphics card in this generation, bringing the Pascal architecture to lower-end devices for those that require a limited set of features for their online gaming. The 1060M only stretches to around 90% performance of the desktop version, but that’s still enough to put it near the full version of the GTX 980. Nvidia is also targeting the VR space with this card, but more importantly, the GTX 1060M can fit in even the slimmest of notebooks, bringing a huge leap forward for mobile graphics in the ultra-portable sector.

Of course the cards are impressive on their own, but Nvidia is also bundling them with its desktop features and some special software for mobile gamers. For example, all its mobile cards come with VRWorks and Ansel, the first being designed to increase VR graphics performance, with the latter being a game-capture feature. Then there’s the battery boost technology, which allows gamers to limit frame rates and the GPU to scale down so the card doesn’t drain any unnecessary power. Nvidia claims this can double your battery life while gaming. Lastly, Nvidia touted high-res G-SYNC displays as coming to many of this year’s gaming laptop models.

The GTX 1080M, GTX 1070M and GTX 1060M are becoming available as we speak, with OEMs including Alienware, Asus, Lenovo, Razer, MSI and HP launching models throughout the rest of the year.

Editor's Note: Nvidia has dropped that "M" naming scheme for its mobile graphics cards, however the article still uses it for clearer differentiation between the cards.