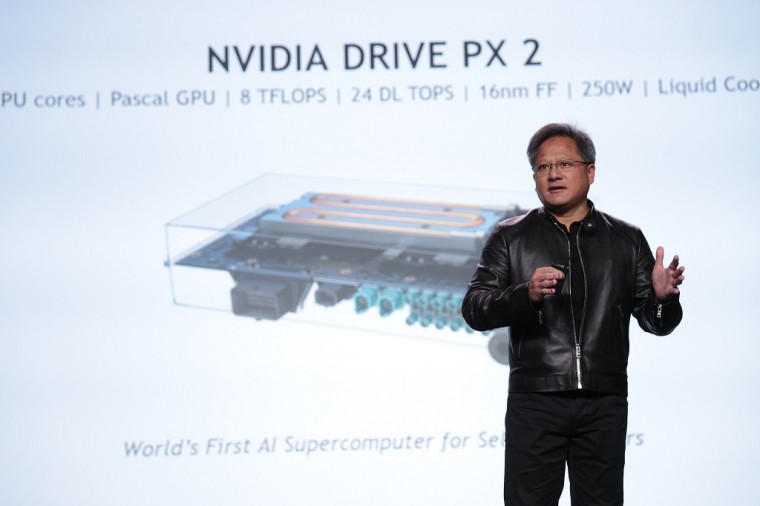 NVIDIA kicked off this year’s Consumer Electronics Show by launching its brand new DRIVE PX 2 ”supercomputer”, aimed at self-driving cars. The new device is considerably more powerful than last year’s original model and may prove to be a hit among automakers.

The DRIVE PX 2 is a small computer which sits inside of your car and that packs a whole lot of power, as NVIDIA is quick to espouse. The automotive supercomputing platform, as the company calls it, can process 24 trillion operations per seconds, while taking in data from 12 video cameras and other sensors in real time.

That massive amount of data is then processed on the fly utilizing the existing AlexNet neural network-based deep learning algorithm. In human speech that would translate to the DRIVE PX 2 being able to almost flawlessly recognize and understand the world around the car, and compute a safe path for the automobile to travel on.

NVIDIA also announced the launch of its own neural network, called NVIDIA Drivenet. It features the equivalent of 37 million neurons and has been trained to recognize 120 million objects so far. As with all digital neural networks, they only get better with training so that big previous number is bound to get a lot bigger really soon.

And that’s exactly the way NVIDIA would want it, as the company is taking scattershot approach in the automotive industry by partnering with a number of big name companies like Audi, Daimler, BMW and Ford. Also on that list is Volvo, known for their impressive safety records, which will be installing the PX2 computer in a hundred test cars next year.

It’s clear that NVIDIA recognizes the potential the auto market has once it makes the switch to self-driving cars and the company’s efforts are positioning it in such a way as to take advantage of this coming shift.