The Daily Mail is one of the UK's most-read newspapers, and its website is among the most popular English-language news sites in the world. While the site has a sizeable readership in its home market, it has a huge overseas audience too, particularly - as you would expect - in other English-speaking nations, such as the US and Australia. 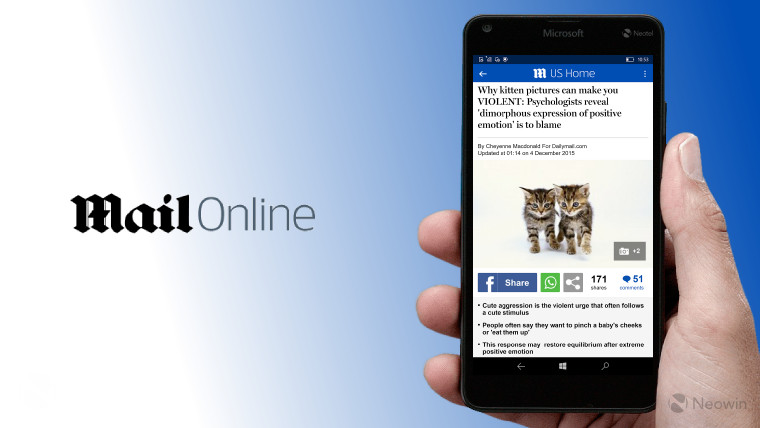 This week, the Mail released its app on Windows 10 Mobile, coinciding with the UK launch of the first handsets running the new OS, the Lumia 950 and 950 XL. The new Microsoft flagship phones also went on sale in the US last month, and are continuing to roll out to other markets around the world.

The new app offers access to the full range of MailOnline content, including headline news and sport, along with other features, such as travel, money, showbiz and 'Femail'. Access to each of the 20 content channels is provided through a carousel of buttons at the bottom of the app, and include links to content focused specifically on the US, UK, Australia and India. 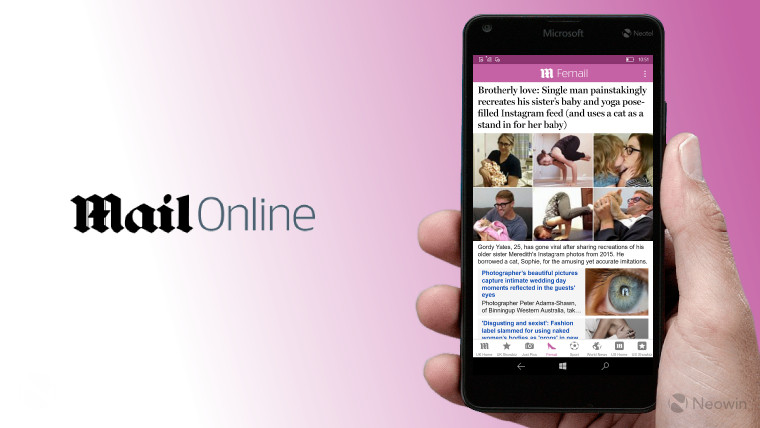 The app also includes full offline support, allowing users to save articles to read later, along with Live Tile functionality for the Windows 10 Mobile Start screen.

While this initial release is focused on the smartphone version of the OS, the Mail told Neowin that plans are in the works to take the app 'Universal', with a launch for Windows 10 PCs coming "soon".

The official DailyMail Online app is free, and available now via the Windows Store.