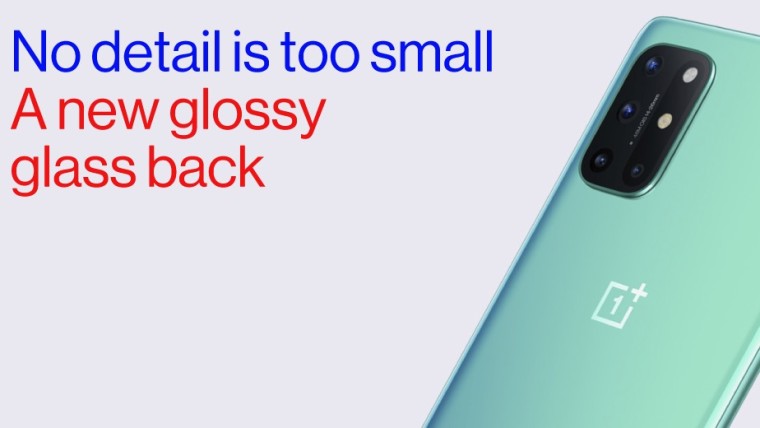 OnePlus is scheduled to unveil the OnePlus 8T at an online-only event next week on October 14th. Ahead of that though, in typical OnePlus fashion, the company has revealed the final design of the OnePlus 8T and talked about it in-depth.

With the OnePlus 8T, the company says that it has crafted the fifth-generation of its matte glass cover that offers a silky-smooth texture. To deliver something new to its customers with the OnePlus 8T, the industrial design team at the company tried various iterations and color combinations for over four months after which it achieved a "breakthrough" and came up with the glossy back cover for the Aquamarine Green variant of the OnePlus 8T. This finish contains seven different layers to achieve the final look that has shades of both green and blue. The company says that this is "one of the most advanced films in the industry."

Are you looking forward to the launch of the OnePlus 8T? Let us know in the comments below!