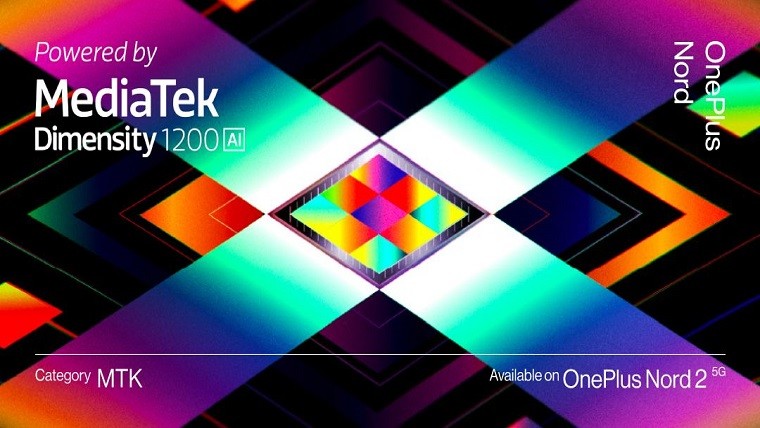 OnePlus officially confirmed today the existence of the Nord 2, its next-generation mid-range smartphone that was rumored in March to pack a MediaTek Dimensity 1200 SoC. Today's announcement corroborates that speculation along with a few bits of information about the device.

The Nord 2 will be powered by a Dimensity 1200 AI processor, and as the name suggests, it will introduce a bunch of artificial intelligence features. OnePlus noted that the Dimensity 1200 AI brings support for AI-powered imaging, display enhancements, and a faster gaming experience.

MediaTek's new processor is presumably an upgraded version of the Dimensity 1200 chipset it launched in January. It features a premium Cortex-A78 core clocked at 3.0GHz, three performance Cortex-A78 cores at 2.6GHz, and four Cortex-A55 cores at 2GHz.

That chipset falls under the high end category, although the Nord 2 is a mid-range phone. OnePlus dabbled in this segment last year with the launch of the first Nord device, powered by a Snapdragon 765G chipset to cut on costs. What's interesting about the latest phone is it's the first mid-range OnePlus handset to feature a MediaTek chipset. The previous phones under the Nord branding always had Qualcomm Snapdragon processors.

Details about the key specs and release date for the Nord 2 are not known at the moment. That said, OnePlus is expected to continue disclosing more information about the phone in a drip-feed in the lead-up to its unveiling.