OnePlus crushed quite a few hopes and dreams earlier this month when it confirmed that it has no plans to launch a tablet. But its One (and only) handset remains on sale, albeit only to those who have managed to get their hands on an 'invite' to purchase the device. 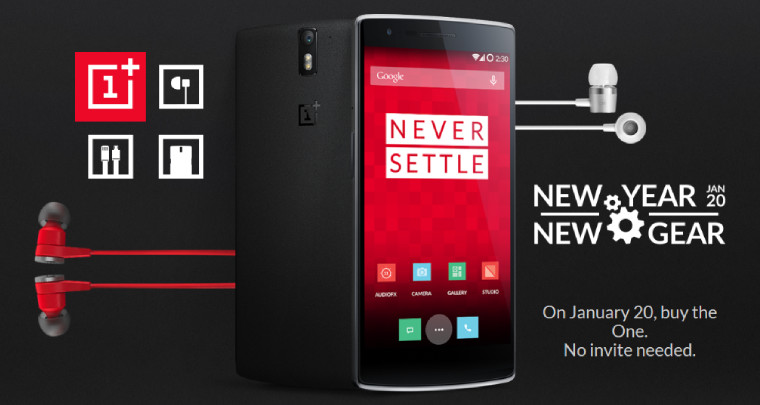 The company has, however, offered a few opportunities to buy the device without an invite, and there will be another chance to do so this week. You'll be able to order the One invite-free on January 20, at the following times:

Despite the company's frustrating invite system, the OnePlus One remains in great demand, and with good reason - with high-end specs and a low price tag, there's a lot to like about it.

The handset's successor is expected to be unveiled later this year, and recent leaks suggest that the 'OnePlus Two' may be a bit of a beast. Its rumored specs include a 5.5-inch edge-to-edge 2K display, Snapdragon 810 and 4GB of RAM.