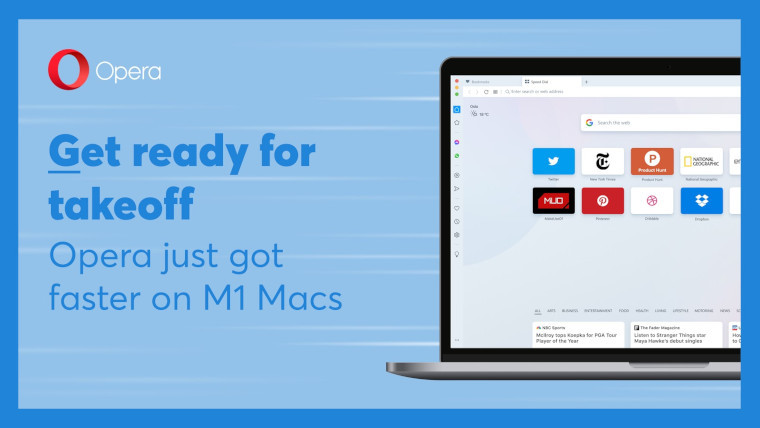 Last November, Apple released several new Macs that ship with the new Apple M1 CPU, which is ARM-based. With the shift from Intel’s processors, Apple had to ship a compatibility layer called Rosetta 2 that would enable programs designed for Intel CPUs to run on the Apple M1. Since the launch, Mozilla has added support for M1 to Firefox and Google has added support to Chrome. Now with the latest update, Opera supports M1 too.

The other feature arriving in this update is the ability to create custom shortcuts that let you easily access Player, Flow, and Crypto Wallet. To set keyboard shortcuts for any of these features you should click the three-dot icon at the bottom of the sidebar then click the three-dot icon next to the feature and select Configure shortcuts; from there, you can type the shortcut you want.

The latest version of Opera is available for Windows, macOS, and Linux (deb, RPM, snap). If you already have Opera installed, press the Opera menu, go to Update & Recovery, press Check for update and once the update has finished downloading, press update.