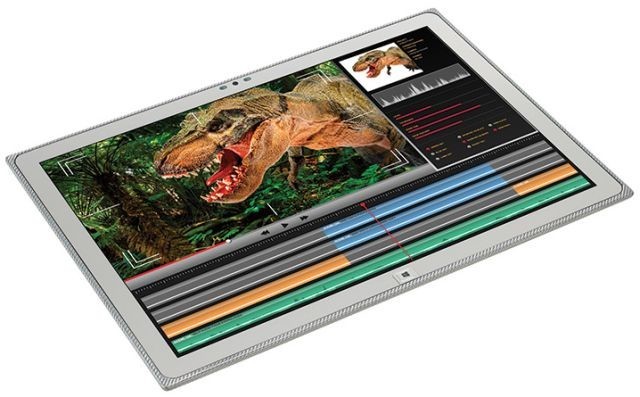 If you have been drooling over the prospect of getting Panasonic's long-awaited 20-inch Windows 8.1 4K tablet, you will have to sit back and wait a few weeks longer. The company has announced that its Toughpad 4K UT-MB5 won't be released in January, as originally announced.

Instead, the Japan Times reports that Panasonic has delayed the release of the tablet until mid-February for the U.S. and Japanese markets. The report claims that the company has found an issue that causes the device to affect the radio waves of other appliances. Specifics about this issue were not revealed but the report says that Panasonic will have to incorporate some new parts inside the tablet and change its design to fix the problem.

The changes are not expected to increase the price of the Toughpad. That's good news for prospective buyers in the U.S. where the 20-inch tablet, with a display resolution of 3840x2560, is currently priced at $5,999. The device will come with Windows 8.1 Pro, an Intel Core i5 1.9 GHz processor, 8GB of RAM and 256GB of SSD storage. It also will have a NVIDIA GeForce GT 745M graphics chip with 2GB of VRAM and a 720p webcam.

The tablet itself is made of sturdy stuff; it has a magnesium alloy frame and a glass fiber reinforced case that is supposed to withstand a fall of two and a half feet.