Back in late 2013, Panasonic unveiled the Toughpad 4K, a gigantic 20-inch tablet with ruggedized construction, impressive specs and an ultra-high resolution display. The company has now rolled out a new version of the Windows 8.1 Pro tablet with some welcome spec bumps, including a new Intel Broadwell processor. 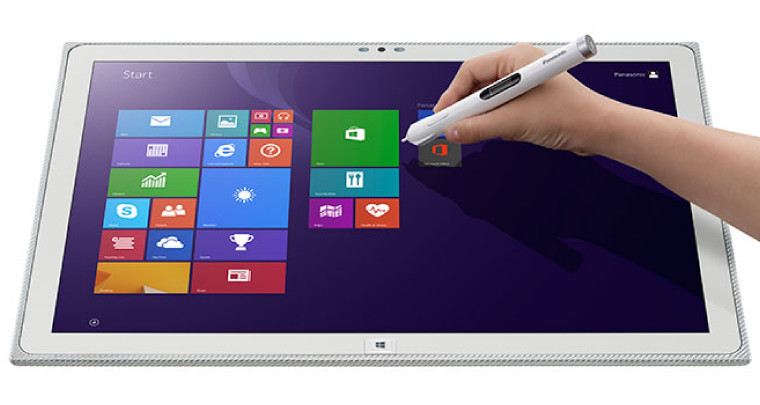 The new entry-level Toughpad 4K features an Intel Core i5 vPro, along with a HDMI 2.0 input for the first time, allowing you to connect 4K sources to watch them on the device's display. Key specs of the Toughpad 4K Standard include:

But in addition to the spec sheet - and their immense size - what also makes the Toughpad 4K tablets interesting is their 'ruggedness', which makes them ideal for use in industries and scenarios where devices are likely to get knocked around a bit. Each tablet features a magnesium alloy frame, with a reinforced glass fiber case, and is able to withstand a drop from a height of 30 inches onto its back; or a drop from 12 inches from 26 different angles.

An optional optical pen will be available for both models, and various other accessories will also be on offer, including a desktop cradle that "easily converts into a tilted stand to allow the tablet to be use in drafting table mode". A VESA-compatible mounting adaptor plate will also be available at launch.

The new Toughpad 4K Standard will go on sale in July for around $2,999. That's certainly a significant sum, but it's a whole lot less than the first-gen model, which went on sale in November 2013 for $5,999. Panasonic has not yet revealed pricing or availability details for the more powerful Toughpad 4K Performance.