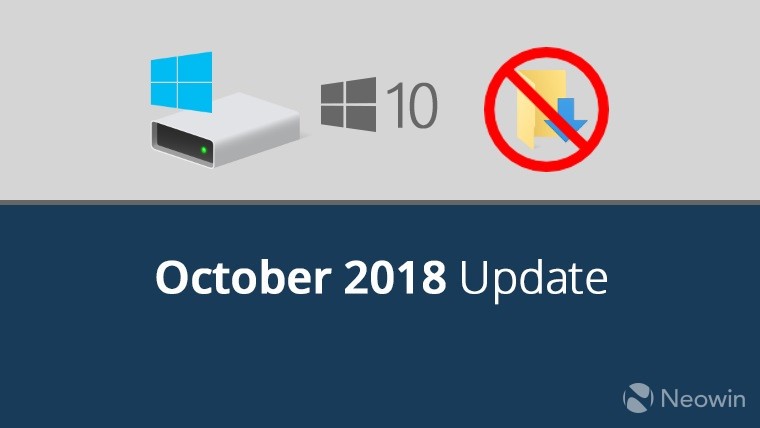 Microsoft plans to depreciate the Disk Cleanup tool as we know it and instead move it over to the new Settings app within System > Storage in a setting called Storage Sense, for more details on how that works you can check out Microsoft's blog post here, but it basically supersedes the Disk Cleanup tool, which will only be kept for compatibility reasons.

However, bizarrely for something that is being depreciated, Microsoft has decided to add a new feature to the old Disk Cleanup tool that you'll have to be mindful of moving forward, because, as our friends over at GHacks discovered, the Downloads folder has been added as a clean up location for the selected disk in the Windows 10 October 2018 Update. 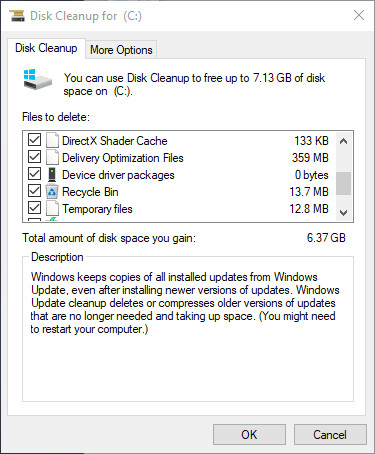 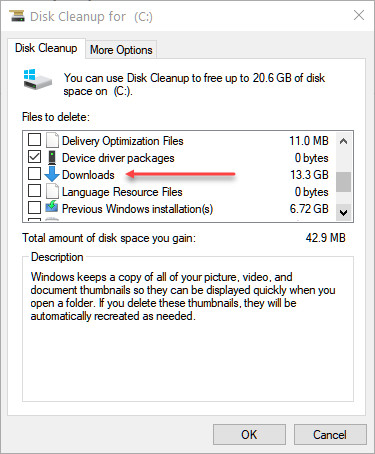 If you're like me, and knew that all of the folders in the Disk Cleanup tool were pretty safe to select for clean up, that is no longer the case, as was discovered by an unlucky seeker on Twitter:

WARNING: In Windows 10 1809 - Fall 2018 Update the Download folder was silently added to the Disk Cleanup tool list.
I've just wiped out my entire Downloads folder by mistake, because I used to select all the options in Disk Cleanup every time.

According to GHacks, the option to "cleanup" the Downloads folder had already been added to Storage Sense options in the Settings app on previous Windows 10 builds, although I couldn't get it to show in the April 2018 Update Storage Sense app myself. It appears Microsoft isn't completely done with its efforts in that department.

However, as GHacks rightfully points out, the Downloads folder is not automatically selected for clean up in the legacy tool, so you'd have to blindly select it. But, as we pointed out earlier, with the tool as old as it is (dates back to the Windows 95 era) it hasn't required a lot of thought to use for us power users.

By the way, Microsoft has now rolled out build 17763.17 of the Windows 10 October 2018 Update to the Slow and Release Preview rings, and for those that already updated to the original 17763.1 build last week, a cumulative update was released yesterday on Patch Tuesday that bumps it to build 17763.55, fixing only the deleted documents issue.