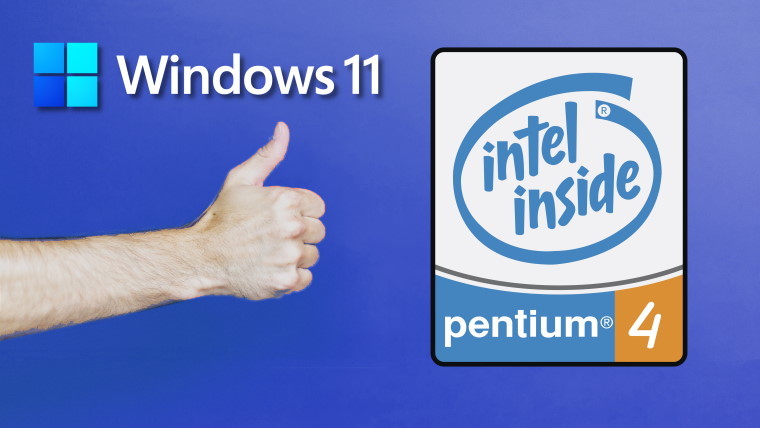 Most would agree that Windows 11 has some super-strict hardware requirements that Microsoft has enforced. The base requirements seem pretty reasonable, but it's the additional need for technologies like Trusted Platform Module (TPM 2.0), Secure Boot, among other things, that make it unfeasible for many people, even those that own CPUs just a few generations old, like a Ryzen 1000 series or most of Intel's 7th gen Core processor. That's because these slightly older CPUs lack Mode Based Execution (MBE) and hence will lose performance when running Virtualization-based Security (VBS).

Microsoft says these additional requirements are essential for the top-notch security that Windows 11 offers its users and also presented a very convincing demo to better explain it.

Here's a quick recap of the official minimum requirements published by Microsoft:

The firm also released an application called PC Health Check that allows users to see if their systems meet the minimum requirements. The app is meant to be an easy-to-use solution so that people don't have to look up their system specs to check Windows 11 compatibility.

Bizarrely, as discovered by a YouTuber Carlos S. M. Computers, the PC Health Check app apparently believes that Intel's Pentium 4 is such a processor which is officially supported by Windows 11. You can see it in the screenshot below:

The YouTuber is apparently using a Pentium 4 661, a CPU that was released in 2006 and lacks MBE. It is also not a true dual-core as it's a single-core processor with hyper-threading emulating a dual-core. But it seems Microsoft's PC Health Check App is unable to understand this. Still, it is even more bizarre that the lack of MBE was also not noticed either.

Interestingly, WhyNotWin11, a third-party app that people have also been using to check compatibility for Windows 11 correctly flags the Pentium 4 661 as unsupported as you see: