Just yesterday, the AMD Radeon RDNA 2 desktop graphics received praise for its power efficiency thanks to the appropriate regulation of voltage and clocks at stock settings, unlike Nvidia. However, power efficiency does not seem like RDNA 2's strength when it comes to its Xclipse 920 form inside Samsung's Exynos 2200 SoC which powers some of the recently released Galaxy S22 devices.

Twitter user Golden Reviewer has compiled a couple of synthetic GPU benchmarks where they have compared the AMD Xclipse 920 GPU alongside several other mobile graphics chipsets including the last-gen Exynos 2100.

The two graphics tests are:

The performance for the AMD RDNA 2 mobile APU is unimpressive, to say the least, as it barely beats the Mali GPU inside the Exynos 2100. Compared to its main rival, the Snapdragon (SD) 8 Gen 1, the AMD Xclipse 920 GPU inside the Exynos 2200 is very underwhelming as the former is 20-30% more efficient. Many were speculating this was the case after Samsung, oddly, kept mum about its initial January 11 launch event.

The GPU performance and efficiency comparisons are given below:

On the Exynos 2200 page, Samsung writes "Playtime is well and truly over" and seeing the efficiency result above we do wonder if Samsung means the thing literally. The company is also promising console-quality graphics from this chipset. Here's the full write up:

Console quality graphics now on mobile with the Exynos 2200 mobile processor. The Samsung Xclipse GPU sets to usher in a new era and completely change the way we experience mobile gaming. Playtime is well and truly over.

For those wondering if it's the processor that is holding the AMD Xclipse RDNA 2 back, this doesn't seem to be the case. The Cortex-X2 cores in the Exynos 2200 CPU itself seems to be performing as expected almost up there with the SD Gen 1. 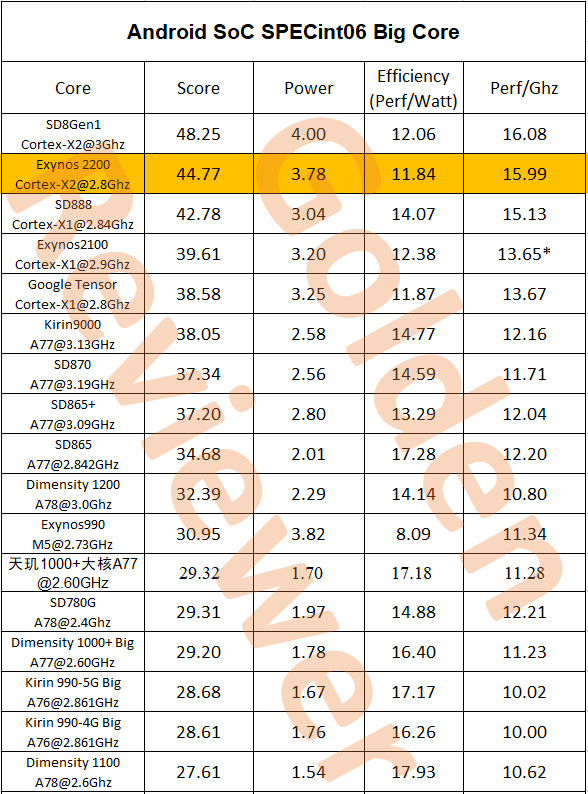 The main apparent advantage that the Exynos 2200 has right now over its immediate rivals is ray-tracing on mobile. Samsung showed that off back in October last year.