As of this morning, sites began reporting that the "lost" iPhone that had been found in California may actually be a Japanese counterfeit. Applesfera claimed the following (translated by Google Translate):

"Update: Our reader Ivan Meneses has contacted us to tell us that this supposed new iPhone could actually be a Japanese clone, which he is due to a relative who brought it from Japan."

It was originally believed that the iPhone could have been some sort of early prototype. With news of it possibly being fake, people across the Internet began with their "I knew it" comments, saying that the design was too ugly to be the real iPhone.

Well, leave it to Engadget to put all speculation to rest. Josh Topolsky has has conjured up an image from our past to prove the phone's legitimacy. Below is a leaked picture back from the iPad launch. Topolsky notes the iPhone present. However, this iPhone is not one that we've seen in the past--it has a front facing camera (though it's in a case, which hides the form factor). If you analyze the picture a bit further, you will see the presence of another iPhone in the top right corner. Doesn't it look familiar?

UPDATE: More images have appeared on the MacRumors forum. The shots were taken from WeiPhone and appear to be the guts and face of the upcoming iPhone. These images further add to the belief that the new iPhone will carry a similar form factor to the one found in California. You can check the pictures out in the gallery below. 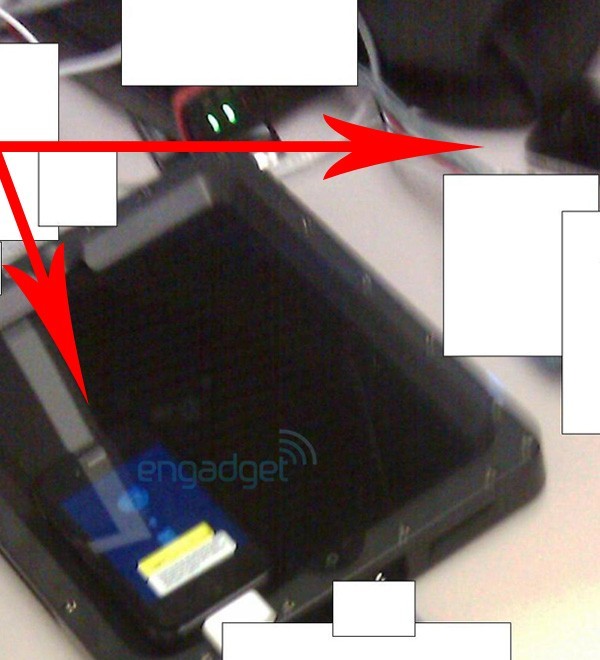