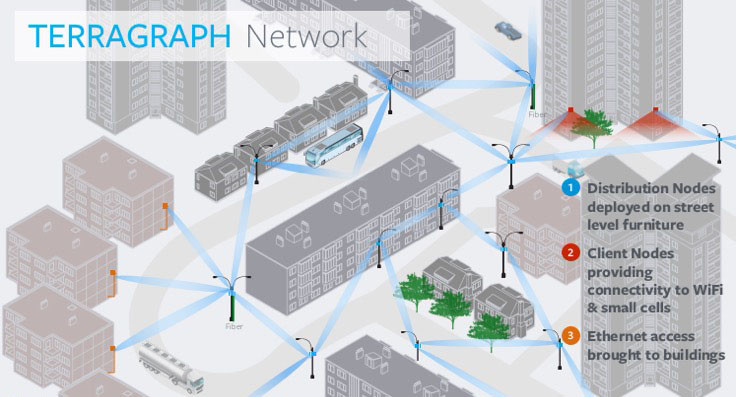 During its F8 conference in 2016, Facebook introduced the Terragraph technology, a 60 GHz wireless system meant to deliver fast internet to urban areas. The technology uses commercial off-the-shelf components and the cloud to process data while keeping the production cost to a minimum.

The social media giant has now teamed up with Qualcomm to further its goal of bringing high-speed internet connectivity to cities, with plans to kick off trials of the integrated solution in mid-2019.

As part of the partnership, Facebook and the chip-making giant will jointly create a multi-node wireless system based on 60GHz technology from Qualcomm. More specifically, Facebook's Terragraph will combine with Qualcomm's QCA6438 and QCA6428 family of pre-802.11ay chipsets to help manufacturers develop 60GHz mmWave solutions using the unlicensed 60GHz spectrum and provide fast internet access to consumers in urban areas.

Our collaboration with Facebook will bring advanced 11ad and pre-11ay technologies to market increasing broadband penetration and enabling operators to reduce their capex for last mile access.

According to Qualcomm, Terragraph "supports broadband connectivity through a network based on millimeter-wave wireless backhaul" and is based on the pre-802.11ay standard, with the semiconductor company's chipset providing some enhancements to the technology on top of Facebook and Qualcomm's integrated software. Those enhancements include TDMA-based protocol, time synchronized nodes, channel bonding, and a huge antenna array to address urban challenges and provide high-capacity coverage.