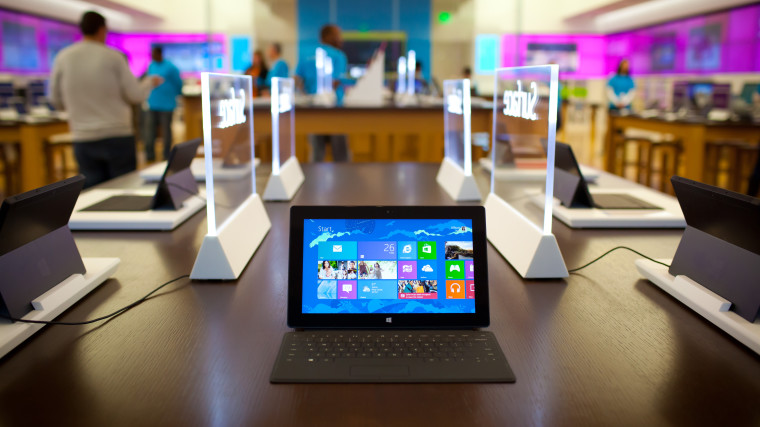 Tablets with keyboards and adjustable stands are suddenly all the rage – even from two companies that slammed the trend’s originator.

When Microsoft launched the first Surface tablets in 2012, Apple CEO Tim Cook was quick to respond with derision to the products’ features. While Cook wasn’t specific in his comments, he implied that the many unique features of the Surface line – such as its kickstand and keyboard covers – served as overkill for tablets.

“I suppose you could design a car that flies and floats,” Cook said, “but I don’t think it would do all of those things very well.”

Cook’s went on to say that “anything can be forced to converge,” referring to the Surface line’s clear goal of meshing tablets and PCs, but that such options “won’t please anyone.” He also made another analogy for Microsoft’s Surface tablets, comparing the device line to the convergence of “a toaster and refrigerator.”

“It means a lot if the product works,” Schmidt said in 2012 when asked if Microsoft’s entry in the tablet marketplace was “a historic moment.”

Schmidt likewise didn’t mince words when asked about Microsoft’s place in the technology industry, calling it a “well-run company” that hasn’t “been able to bring state-of-the-art products into the fields we’re talking about yet.”

Today, Google announced the Pixel C, the first tablet created specifically by the company and not with the assistance of a third-party design partner. One notable state-of-the-art feature of the product is a keyboard accessory with integrated kickstand.