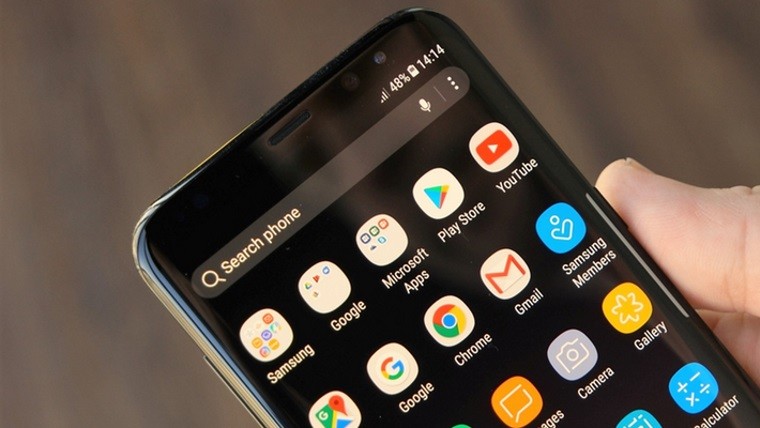 We know the unveiling of the Samsung Galaxy S9 - or whatever it will be dubbed - will likely come early next year, as per usual from the smartphone maker. However, the rumored timing has been the surprise. A report last week had the S9 and its plus-sized counterpart to be making a showing at January's CES. A new report from a different source is backing that up, with a twist. The units may launch then as well.

Citing industry sources, Business Korea is reporting that the release of the iPhone X has spurred considerable interest in next-gen devices. Samsung has apparently moved up its usual March release timetable to January for the Galaxy S9 and S9+. The move is designed to put a "check" on the popularity of Apple's flagship device. While the S9 is expected to keep much of the same design as the S8, with the exception of changing the rear camera alignment and fingerprint sensor placement, the units are expected to have a new AMOLED display, dual cameras, and Qualcomm's new Snapdragon 845 processor.

And while Samsung is looking to grab some of the iPhone X love for itself, it may not be the only one. Business Korea also reports that LG is also looking to make a splash at CES with the release of the top-of-the-line G7 smartphone. It would be following Samsung's modus operandi of ditching an unveiling of its new device at the Mobile World Congress for an earlier showing.

This isn't the first rumor of a January G7 unveil, as we heard a similar report back in June. The new phone is also expected to have an OLED screen, as well as the Snapdragon 845.

"The specifications of the latest smartphones have been upgraded and differences among products have narrowed in terms of design. These are current major trends," an official in the smartphone industry told Business Korea.

While Apple appears to have its competition marching to whatever tune it wants, it isn't resting on the success of the iPhone X. It is also expected to bring a new iPhone SE to market sometime in Q1, although a CES reveal is less likely.