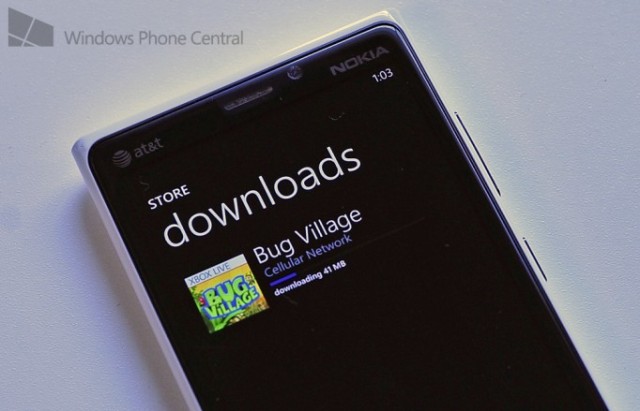 As smartphones become more and more popular among the general public, so too has the activity of downloading new apps for a smartphone. We have also seen smartphone apps, particularly for high-end games, become larger and larger in terms of file size – many apps are so big they require a WiFi connection.

Until just recently, if you wanted to download an app or file that was larger than 20 MB on a Windows Phone-based device, you had to use a WiFi connection. Now it looks like Microsoft has very quietly lifted that cellular download limit. Windows Phone Central reports that they have been able to download much larger files on AT&T's network and they speculate that Microsoft has raised the cellular download file limit to 50 MB.

It's likely that Microsoft has worked with wireless carriers to make this change, as faster LTE networks in the U.S. become more and more prevalent. However, many wireless carriers like AT&T and Verizon no longer have unlimited data plans, which means that people who download larger apps on their cell network will also see increases in their data plans.

We have emailed Microsoft to find out more about this change to Windows Phone cellular download limits.