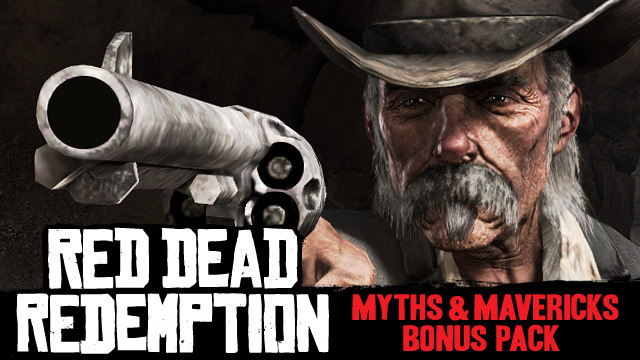 Rockstar mentioned a free downloadable content pack for Red Dead Redemption some time ago. Now, the developers intend to release the free downloadable content for the game on September 13th; less than two weeks away. Rockstar states that the pack is a “token of appreciation for all the amazing Red Dead fans out there”. The new pack, entitled “Myths and Mavericks”, offers multiple new locales for online matches, as well as new character models. New multiplayer locations are as follows. Location names written in bold signify areas that have not appeared in any online modes apart from Free Mode. Names that are not emboldened have appeared in other game modes, but are only appearing in the new modes listed as part of the pack:

As well as the new locations available to gamers, they will be able to use eight new character models from the story. These models are as follows:

"Myths and Mavericks" releases on the PlayStation Store and Xbox LIVE Marketplace on September 13th.