Roku has announced that it has expanded its Roku TV licensing program into Europe. This move will allow TV manufacturers to license Roku TV reference designs and use Roku OS. The firm will be hoping to expand its strong lead in the U.S. to the European market and has already announced that Hisense will begin selling Roku TV models in the United Kingdom during the fourth quarter.

According to the Roku press release, Hisense will bring affordable Roku TV models to the UK with screen sizes up to 65”. Roku says it’s now actively seeking manufacturers who are interested in developing their own Roku TV products. As Roku manages the entire software ecosystem on Roku TVs, customers will be assured of receiving frequent software updates which include new features. 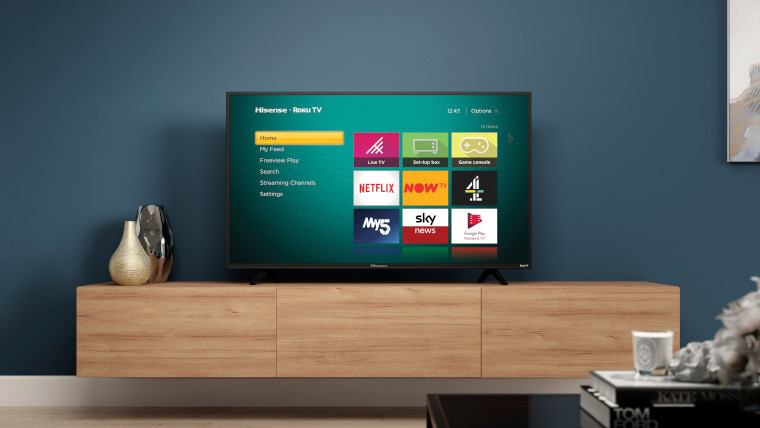 Commenting on the expansion into Europe, Roku said:

“While consumers love Roku TV’s simplicity and advanced features, TV manufacturers benefit from the low cost of manufacturing, a variety of technology options, and support from Roku. The ability to quickly bring to market a leading smart TV experience that is regularly updated by Roku and is packed with entertainment gives TV manufacturers an edge in the competitive TV business. We are pleased to bring the Roku TV licensing program to Europe and look forward to the first Hisense Roku TVs in market this year.”

Like many companies, Roku is currently at IFA 2019 which runs from September 6 to September 11. Attendees can see the first Hisense Roku TV for Europe at Roku’s Booth #234, Hall 26 and at Hisense’s Booth #201, Hall 6.2. Prices and specifications for Hisense’s upcoming Roku TVs have not been announced yet but details will be released as we approach the date of their availability.