Samsung has officially launched the Galaxy Buds2 in addition to the Galaxy Z Fold3 and Z Flip3 and the Galaxy Watch4 series today at its Unpacked event.

Samsung says that the Galaxy Buds2 are the smallest and lightest earbuds they have made so far. The earbuds themselves weigh just 5g and the weight of the charging case is 41.2g. Unlike their predecessor, they do not have a bean-shaped design and look really sleek. The new olive and lavender colors are visually appealing and the colored charging case also compliments the overall feel and design of the earbuds. 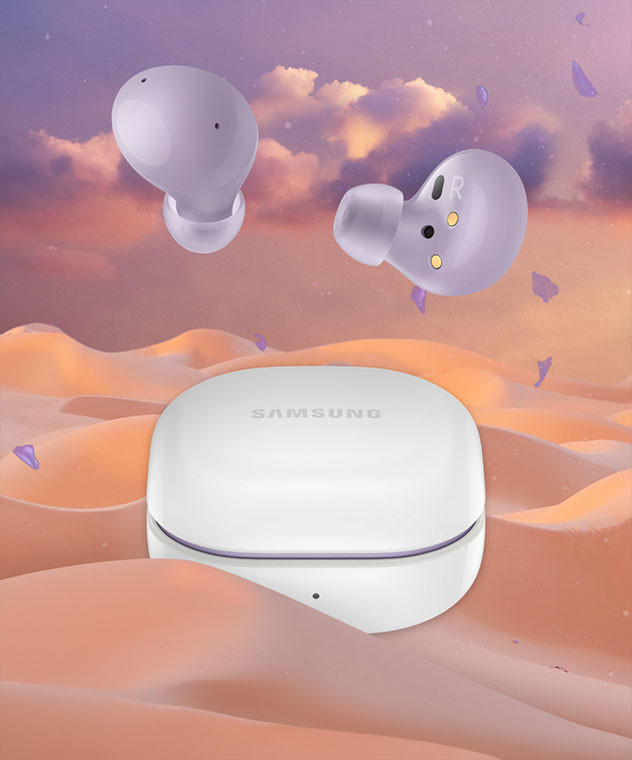 What remains the same from last year are the two-way drivers with a woofer and tweeter in each earbud. According to Samsung, the drivers help deliver crisp, clear high notes and deep bass. The earbuds also include an ambient sound mode that will let you adjust how much noise you want to let through them via the Galaxy Wearable app.

The buds also contain three microphones on each side that will help you make clearer calls, while the "low protrusion design" will minimize wind disruptions. Samsung claims that the earbuds will last for 5 hours with ANC on and 7.5 hours without ANC.

The Galaxy Buds2 retail at $149.99 and are available for pre-orders starting today. They will be available for purchase starting August 27th and you can get them in olive, white, lavender, and graphite color options.