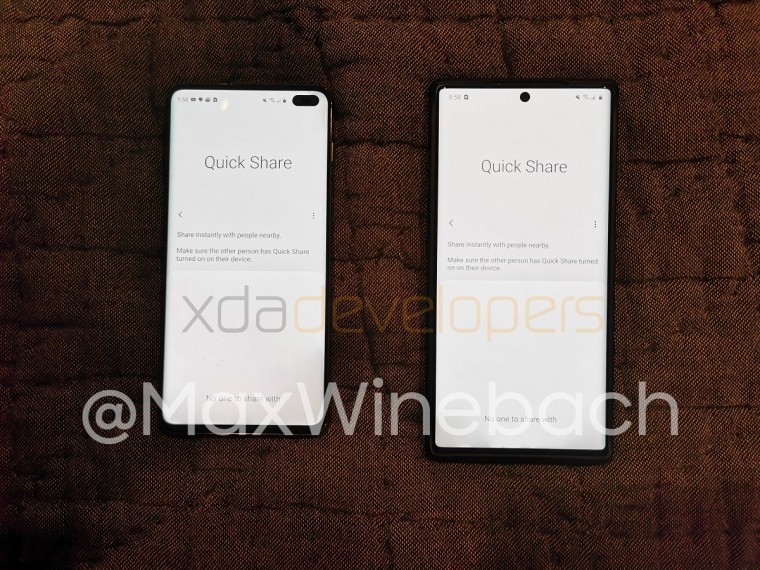 Samsung is working on its own AirDrop rival dubbed Quick Share. AirDrop is found on iPhones, iPads, and Macs and allows users to quickly and easily share large files with each other. The entire file sharing process can be done in just a few taps and does not require users to pair their devices with each other. Samsung's Quick Share feature will also aim to offer similar functionality on Galaxy phones.

Whenever a user with a compatible device is near another device that supports Quick Share, they will automatically show up in the Share menu for quick and easy sharing. Users have the option to show only known contacts in Quick Share or send and share files to "Everyone." This behavior is again similar to what iPhone and iPad users get with AirDrop.

The folks over at XDA Developers managed to get their hands on the Quick Share APK, though they have been unable to use it to send large files between two devices due to compatibility issues.

Where Quick Share will differ from AirDrop is in terms of its cloud feature. The service will provide users with an option to temporarily upload their files to Samsung Cloud after which they can share the link with anyone they want. Users will be limited to uploading maximum files of up to 1GB per day with a total transfer limit of 2GB/day.

Samsung will likely debut the Quick Share feature on the Galaxy S20 series that will run on One UI 2.1 out of the box. The feature, however, should be rolled out to older Samsung devices as well via a software update.

Google is also working on an AirDrop rival of its own called Fast Share. However, despite being under development for over a year, Google is yet to make it official.