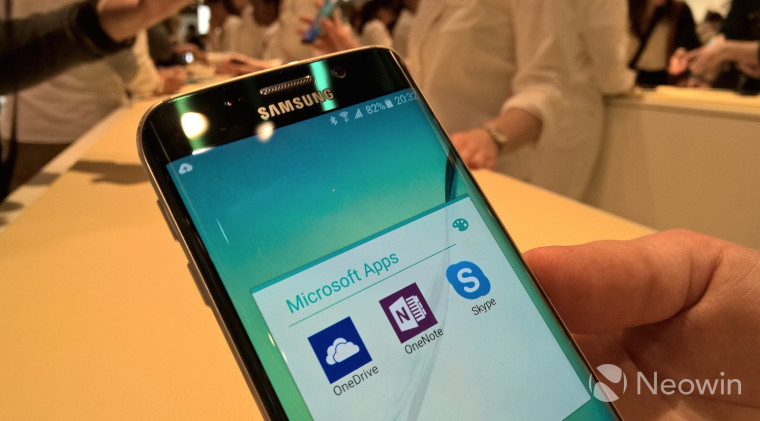 It looks like there are only three apps shipping with the device: Skype, OneNote and OneDrive, and they are located in their own Microsoft Apps folder. For Microsoft, this is a big win as Samsung typically sells millions of its flagship Galaxy devices, and having the software pre-loaded means Microsoft is now invading Google's Android turf in a big way.

Skype has already proven to be quite popular on Android as the app has been downloaded over 500 million times since it was released. OneDrive has quickly grown up to be a serious cloud storage competitor and OneNote is said to double its user base in 2015; this bundling will go a long way to help meet that goal.

Mobile World Congress has kicked off and this week will be full of mobile related announcements; Microsoft will be hosting its conference tomorrow morning and you can find all those details here.