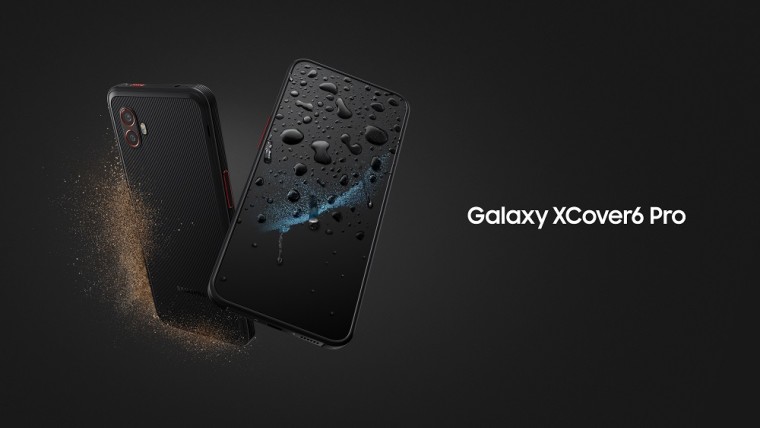 Samsung has officially revealed the Galaxy XCover6 Pro, a tough but surprisingly sleek phone. The device seems to be a capable mid-range Android smartphone meant for the outdoors, and industrial environments.

The Samsung Galaxy XCover6 Pro is the company’s first rugged device with 5G support and succeeds the XCover5. It sports a MIL-STD-810H certified design, IP68 rating, and Corning Gorilla Glass Victus+ screen protection. Simply put, Samsung is offering a device that can withstand severe weather, drops, water splashes, and even accidental submersion for a short duration. Samsung has used recycled plastics for some of the parts of the device, ensuring there's a little bit of sustainability and eco-friendly aspects as well.

The Samsung XCover6 Pro features a 6.6-inch Full HD+ display with a 120Hz refresh rate. Samsung has opted for a PLS LCD screen instead of OLED. The company claims the device has “increased touch sensitivity”, which means the display on the XCover6 Pro can be operated even with gloves or wet hands.

The device is powered by the Qualcomm Snapdragon 778G chipset. It packs 6GBRAM and 128GB storage which is expandable via microSD. The highlight of the Samsung smartphone, apart from its toughness, is the removable battery, which has a capacity of 4,050mAh. Buyers can charge the device either with a USB Type-C port or a proprietary accessory that connects via two pogo pins at the bottom of the device. Samsung will not be including a charger with the phone in the box.

There's a dual-camera setup on the back. comprised of a 50MP main sensor with f/1.8 aperture and an 8MP ultra-wide sensor with f/2.2 aperture. Around the front there’s a 13MP selfie camera nestled in a water-drop notch.

The XCover6 Pro runs Android 12 with Samsung's OneUI customization layer on top. Samsung is promising four upgrades for the Android operating system and five years of security patches. Needless to mention, this ensures buyers can use the device for a very long time. Samsung claims that by offering such long-term updates, it intends to reduce e-waste.

The Galaxy XCover6 Pro will be available starting July 2022 in select markets across Europe, Asia, and the Middle East. Samsung hasn’t confirmed the pricing of the device. However, it could be close to the Galaxy XCover Pro pricing, which retails for $499.