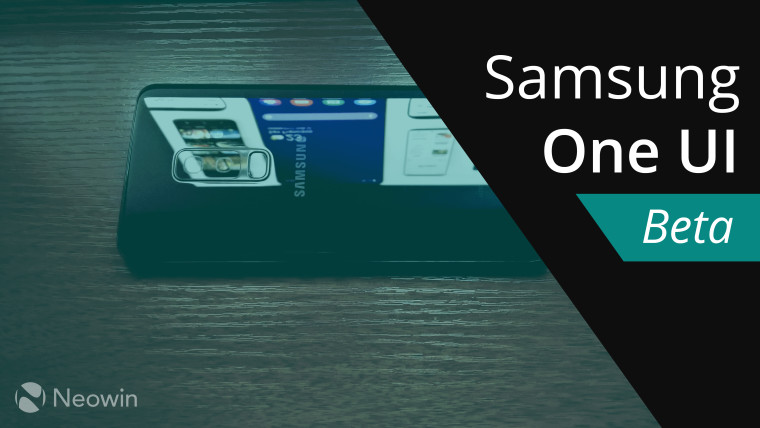 Samsung unveiled One UI, a new user experience based on Android 9.0 Pie coming to its devices, during its developer conference early this month. The company says that the experience is “made to focus”, helping users focus only on what's relevant, and reducing overall clutter. With One UI, the firm is also aiming to improve one-hand usability, an increasingly common gripe with the ever-enlargening screen sizes of smartphones. A much-needed refresh to the content-heavy and sometimes difficult to use interface, One UI will replace Samsung Experience on the Galaxy line of devices.

Beta builds leaked onto the internet last month, giving users an idea, albeit rough, of what’s to come. However, today, users of the Galaxy S9 and S9+ flagships enrolled in the One UI Beta Program can finally try out the new UI as the update is rolling out to users in South Korea and the US. If you are in the program, heading to Settings > Software Update > Download Updates Manually should pull the update, though the rollout may be staggered and you may not see the update right away.

A few other features that are making their way to this update are a reorganized settings app, improved in-app navigation for system apps, a system-wide dark theme dubbed ‘Night Mode’, support for DeX over standard HDMI, Bixby improvements, an iPhone-like lift to wake feature and much more.

The Beta Program is also available for users in China, France, Germany, India, Poland, Spain, and the UK. It wouldn’t be surprising to see users in these countries receive the update in the coming weeks. The download package looks to be roughly 1.8GB in size. Currently, it is not known if and when Samsung’s latest flagship, the Galaxy Note 9, or the S8, S8+ and Note 8 will receive the beta treatment.

Samsung’s new One UI will not just be limited to the current crop of devices. It is also expected to do duty on new foldable form factors, helping devices seamlessly transition UI elements and apps between screens. The UI will also allow for three active apps to run at the same time, making use of the larger screen real estate when opened.

Are you part of the One UI Beta Program and have you downloaded the update yet? What are your thoughts? Let us know in the comments below.