Back at CES 2018, Samsung offered a glimpse of its 8K QLED TV (Q9S), which uses artificial intelligence to upscale lower-resolution content to 8K. The display technology used to be only a concept, but today ahead of IFA 2018 officially kicking off, Samsung has announced the actual model of its commercial 8K QLED TV and confirmed that the product will be released starting at the end of September, though specific release dates may vary by region. 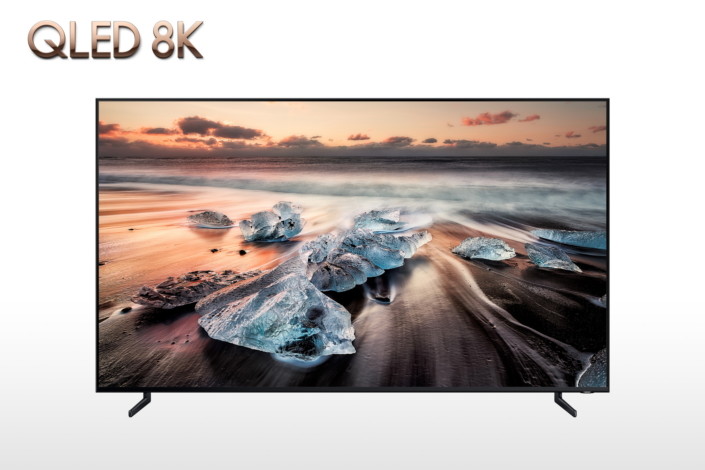 Like the concept display showcased at CES, the Q900R 8K TV will support AI upscaling in order to address the current lack of 8K content. Additionally, the Q900R boasts enhanced contrast and precise backlighting control courtesy of its Direct Full Array Elite feature. The 8K TV will be available in four display sizes: 65-, 75-, 82-, and 85-inches. All models will also bundle in Real 8K resolution, Q HDR 8K, and Quantum Processor 8K enhancements.

With respect to the launch of the television, Jongsuk Chu, Senior Vice President of Visual Display Business at Samsung Electronics, said:

"At Samsung, we’ve worked tirelessly over the years to move the industry forward when it comes to premium picture quality, and the introduction of the Q900FN with 8K AI Upscaling is an integral component as we look to the future of displays."

The Q900R 8K TV will feature 4,000 nit peak brightness, while its Q HDR 8K enhancement will incorporate HDR10+ technology, which helps to optimize the brightness levels of the television and produce an additional depth to highlights and darks.

The 8K QLED TV also incorporates the existing features already available on other Samsung TVs such as the One Remote, Ambient Mode, One Invisible Connection, Universal Guide, and SmartThings. While the product's release date is confirmed for next month, specific pricing details are yet to be announced.