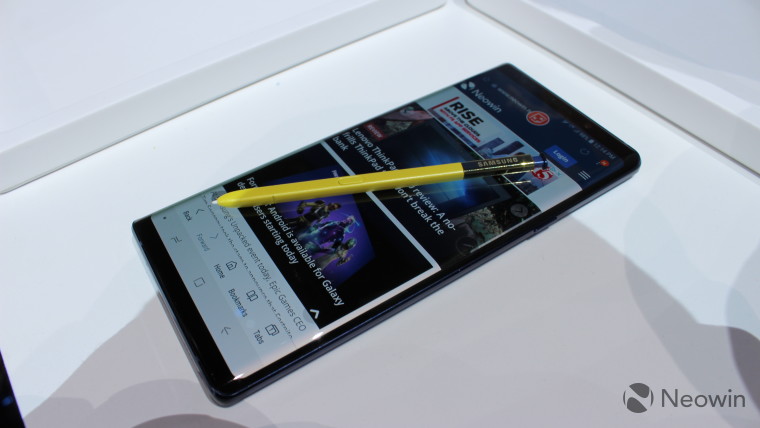 Samsung's Galaxy Note9 has been widely lauded as among the best smartphones of the year, and a testament to iterative updates done right. If you're interested in buying one, the company is currently offering a particularly lucrative trade-in deal for both the flagship phablet and its smaller siblings.

Starting today, and running up to November 3, the company is willing to comp you as much as two times the value of your current smartphone if you trade it in for a brand new Galaxy Note9, Galaxy S9 or Galaxy S9+. The trade-in value is, however, capped at $600, so owners of a flagship-grade phone may not benefit as much as they'd like.

The company does provide a helpful list of the trade-in values for various smartphones on its website, alongside the discount you'd receive with the 2x promotion. Unfortunately, only phones from Apple, Samsung, LG and Google are eligible, so you can't just send any phone.

Once you've checked out the trade-in value of your current smartphone and done the math for how much money you might save, you can proceed to purchase the Samsung flagship of your choice from this link.

The Galaxy Note9 features a Qualcomm Snapdragon 845 paired with 6 or 8GB of RAM and a 4,000mAh battery. It also has up to 512GB of internal storage, a 6.4-inch QHD+ display and, of course, the S Pen that is the signature of the Note line.

The S9 and S9+ both feature the same Snapdragon 845, but have 4 and 6GB of RAM, respectively. They also have smaller screens than the Galaxy Note9, of course, and their respective battery capacities are 3,000 and 3,500mAh.