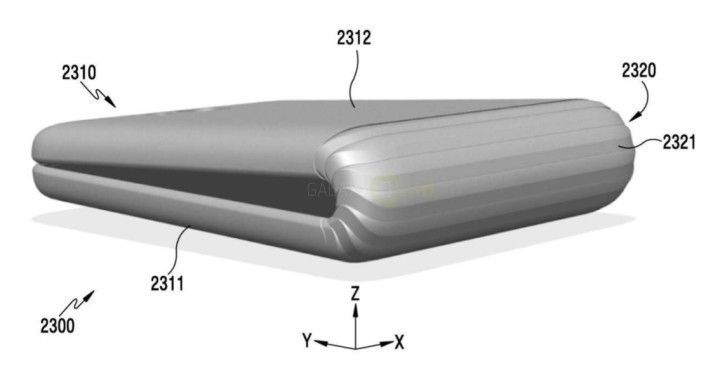 The concept of a foldable smartphone-like device has been a recurring topic in the past few months and even years, with a few companies apparently working on the technology to bring such a device to the market. One of the biggest players in the yet-inexistent market is Microsoft, whose rumored Andromeda device has been the topic of a few patents as of late.

Samsung, however, has also been working on this idea, with the company reportedly showing off a prototype device at CES earlier this year. Now, according to a report from the Korea Times, it seems the idea may be getting closer to reality. Park Hyung-woo, an analyst at Shinhan Financial said that the company will start receiving from suppliers in November and start assembling the phone aiming for a release next year. Samsung may be trying to beat the likes of Huawei to the punch, seeing as the Chinese company has been said to be planning a similar announcement for November.

Another firm, Golden Bridge Investment, expects the device to launch in the first half of 2019, with a whopping price tag of 2 million won (about $1,843), a far cry from the price of existing smartphones on the market, with even the iPhone X costing just $999. Pricing for devices with foldable displays or more than one display has been a reason for concern among many enthusiasts, and this report seems to justify those fears.

Analysts point to Samsung's "Galaxy X" having three displays: one on the outside and two on the inside. The two inner panels would combine to form a 7.3-inch screen when the device is unfolded, while the outer screen would be 4.5 inches in size.

Despite the many rumors, patents, and teasers regarding foldable devices with two or more screens, we have yet to see a real product showcasing how the setup would work in actual usage. If the reports are accurate, we might not have much longer to wait to find out more about Samsung's approach.