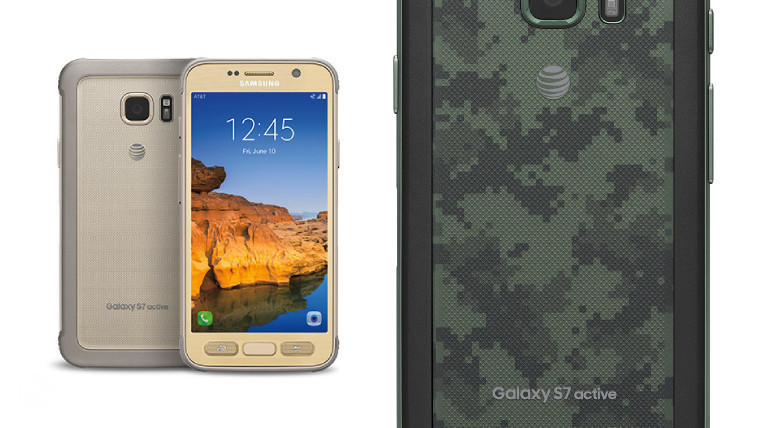 Samsung unveiled its latest flagship phones, the Galaxy S7 and Galaxy S7 edge, back in February. Today - a year, almost to the day, after its predecessor was announced - Samsung has revealed the Galaxy S7 active, the ruggedized version of its newest Android range-toppers.

Without a dual-curved display, the S7 active shares more in common with the standard Galaxy S7 model than the S7 edge, although there are some key differences.

The new handset - which Samsung refers to as "the toughest Galaxy device ever" - also has a 5.1-inch Quad HD display, but it differs from the regular S7 by adding shatter-resistant glass, which can withstand drops from around 5 feet onto a flat surface. The S7 active also has a huge 4000mAh battery, compared with 3000mAh on the standard S7; that's also around 14% larger than last year's Galaxy S6 active.

Living up to those rugged credentials, the Galaxy S7 active boasts IP68 protection, meaning that it's dust-tight, and water-resistant while continuously submerged in up to 5 feet of water for up to 30 minutes. It will be offered in three colors: Sandy Gold, Titanium Gray and Camo Green - because camouflage is important when you're in the wilderness watching YouTube videos on a bright Super AMOLED screen with the sound blaring out.

Aside from that, the S7 active is pretty similar to the regular Galaxy S7 - which isn't a bad thing, given that the standard model is such an impressive device.

The Galaxy S7 active will be exclusively available on AT&T in the United States, priced from $26.50 on a Next plan, and will go on sale on June 10.