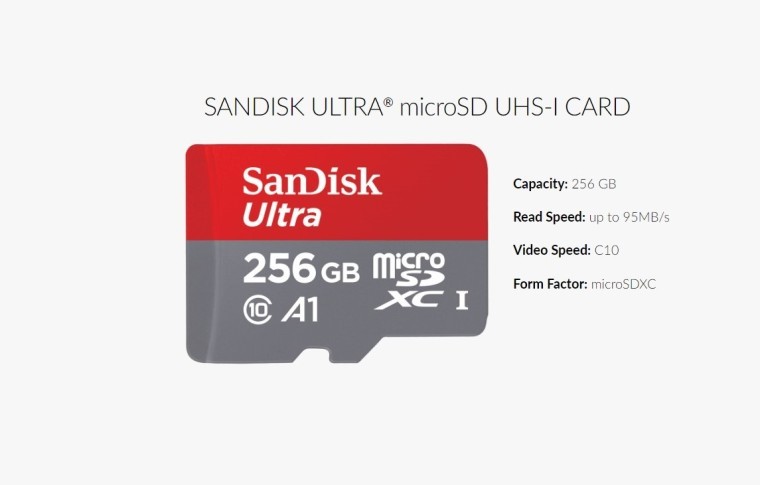 Memory cards can be a great way to store images, media and video, but they’re often not very good when it comes to storing or running apps. That’s because many SD cards don’t have the necessary read and write speeds to keep up with your device’s other internals, resulting in laggy, janky or crashing apps. Enter SanDisk’s new microSD model, the first memory card to comply with the new Application Performance Class 1 standards in the industry.

SanDisk’s 256GB Ultra microSDXC UHS-I card, Premium Edition, promises to outperform many of its competitors and to provide users with excellent application reliability and performance. Dinesh Bahal, VP of Product Management, explained the company’s vision with the new card:

"The microSD card has been an integral part of the digital revolution by providing more options for high performance, high capacity storage for smartphones. SanDisk® cards are at the center of more than two billion consumer devices, and now with this A1 card, we’re proud to play a significant role in continuing to advance the trusted format."

The company also pointed directly to the launch of Android 6 Marshmallow and its feature that allows users to install apps on SD cards as a game changer for the industry. The A1 spec, recently introduced by the SD Association, guarantees a minimum threshold of performance, enough for most existing applications.

SanDisk’s new card which complies with the spec comes rated at 1,500 random read input-output access per second (IOPS) and 500 write IOPS. The new device also touts impressive transfer speeds of up to 95MB/s, though that’s only read speeds, with write speeds being lower.

Of course, all of these specs and acronyms nested inside the card’s name mean one obvious thing: this card is not cheap. As things stand, 256GB of extra storage capable or running apps well will cost you $200. So, unless you really need the storage, you might prefer to wait until lower-memory A1 cards start showing up as well.