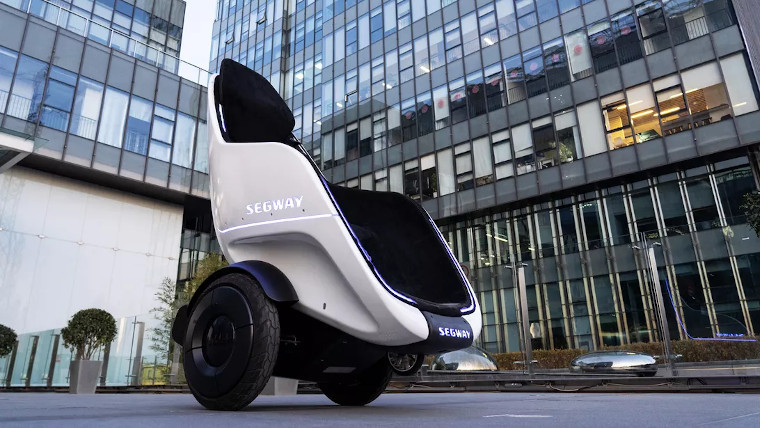 Segway had to stop demonstrating its S-Pod wheelchair at CES after a journalist crashed the vehicle – which has a top speed of 38km/h – into a wall. Luckily, nobody was injured after the incident but the firm decided to decommission the demonstrations to avoid any more crashes occurring. The self-balancing electric wheelchair is designed for use in enclosed spaces such as airports, theme parks, and campuses. The two-wheel design of the vehicle allows you to turn in tight spaces.

In Segway's defence, the chair is only a prototype model and doesn’t reflect the performance of the final product, however, Segway’s director of marketing Jeff Wu did confirm that a seatbelt will be added to mitigate any potential injuries. Segway has said that it is planning to put the product on the market in early 2021.

Unlike Segway’s scooters which are accelerated by the driver learning in the direction they wish to go, the S-Pod uses a joystick. The back of the chair contains lights which flash when you’re turning to allow those behind know what you’re about to do. There’s also a horn button that can be used to let people in front know that you want to get past and there’s a tablet flush in the arm of the seat which can be used to remotely control the S-Pod.

While it’s certainly a pretty cool device, several people have made a comparison between it and the hover chairs that the lazy humans use in Wall-E; hopefully, the S-Pod won’t bring us to that.